Bonheur ASA, Norwegian holding company that operates in the offshore wind sector, among other activities, today released its financial results for the second quarter.

Operating revenues in its Shipping/Offshore Wind division amounted to NOK 405 million, NOK 75 million more than the division made in the same period of last year (NOK 330 million). The Group says that the strengthening of the Euro against Norwegian Kroner (from 7.62 to 8.21) contributed to NOK 30 million of the total increase.

Revenues for the first half year were NOK 705 million compared to NOK 452 million for the first half year in 2013. The increased revenues are related to the operations of the two offshore jack-up installation vessels “Brave Tern” and “Bold Tern” in 2014. EBITDA year to date were NOK 215 million, compared to NOK 94 million per 2 quarter 2013. The installation vessels have in the quarter been engaged on projects in German waters for
transportation and installation of wind turbines. Both vessels will complete their current projects during 3 quarter and will commence new projects in UK and German waters, respectively. 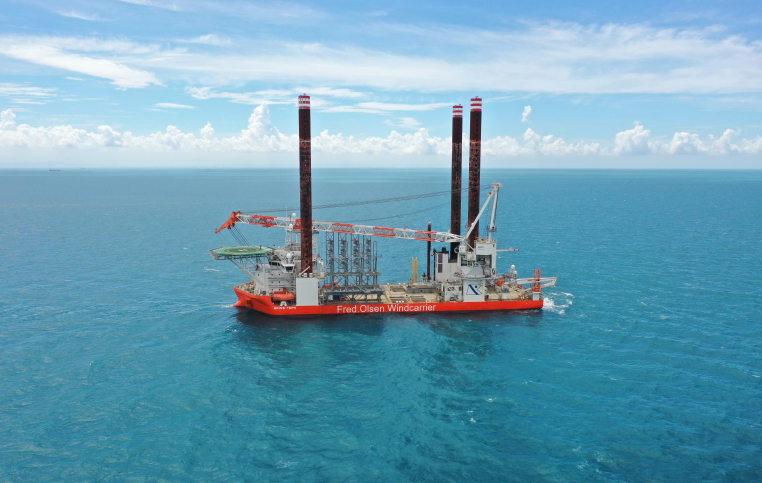