East Anglia THREE Limited, a subsidiary of East Anglia Offshore Wind and a joint venture between ScottishPower Renewables and Vattenfall, has announced dates of Public Information Days being held as part of the formal consultation process for the proposed East Anglia THREE offshore wind farm.

The development of up to 1,200 megawatts (MW) is the second project in the East Anglia Offshore Windfarm zone. The Zone could potentially host up to six individual projects. A planning application for the first project, East Anglia ONE, was submitted to the Planning Inspectorate in December 2012 and a decision is expected in June.

These events, to be held from June 16th to 18th June (inclusive), will provide the opportunity for local communities to learn more about the wind farm development plans, to meet the project team and specialists, and to review the Preliminary Environmental Information Report.

Andy Paine, Programme Director of EAOW, said: “ScottishPower Renewables and Vattenfall are committed to consulting widely with communities during the development phase of this project, and we are keen to hear the views of as many people possible during the Public Information Days.

“The feedback we receive is important in helping to shape our overall plans, and we want to establish and maintain clear and regular communication with all who are interested in the development of the windfarm.”

The dates, times and location of the Public Information Days are as follows: 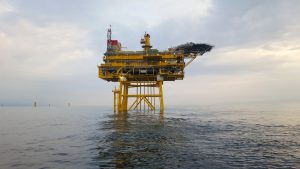