Half of 78 Borkum Riffgrund 1 Foundations Installed

DONG Energy is well on its way with the construction of the Borkum Riffgrund 1 offshore wind farm in the North Sea.

After nine months of construction work, things are now moving fast. On Friday, 16th May 2014, the team completed the first half of the foundation installation when they installed monopile foundation and transition piece number 39 of 78 positions in total.

Around 37 km from the North of the island of Borkum, the first monopile foundation was installed on January 21st.

Andrew Cotterell, Programme Director for Borkum Riffgrund 1, said: “The foundation installation depends upon the weather conditions and fulfilling the stipulated noise levels. Waves and wind can reduce progress. The whole team has performed extremely well to optimally use all weather windows.”

Seventy seven foundations are monopiles with transition pieces, and the 78th position consists of a Suction Bucket Jacket, which will be installed for the first time in an offshore wind farm. The installation of the wind turbines will begin in summer 2014. 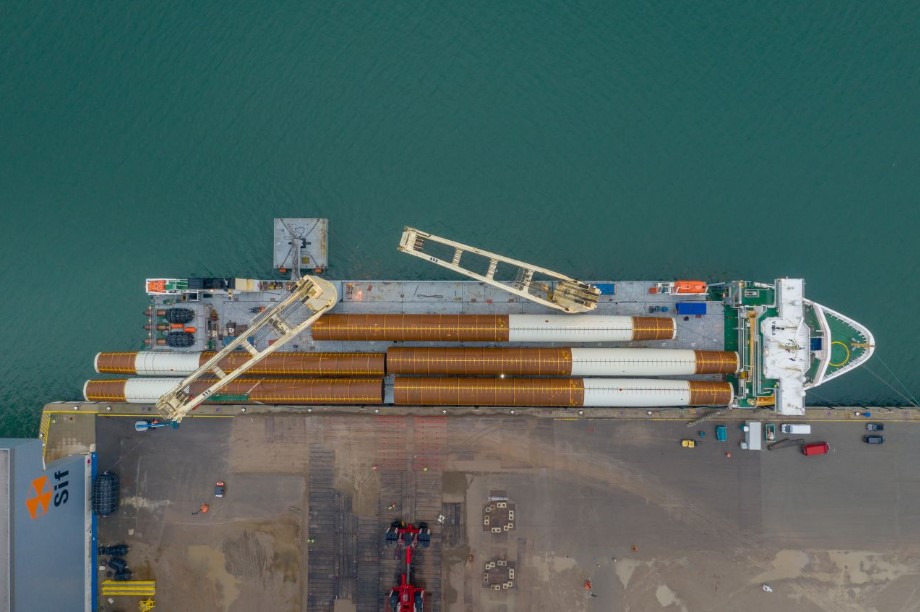