A charter agreement between expanding subsea contractor DeepOcean and Maersk Supply Service has triggered an order for a Damen Offshore Carrier DOC 8500 – the second order for this new ship design from Damen Shipyards Group.

The DOC 8500 will extend DeepOcean’s capabilities in the larger cable laying end of the market, representing a new focus on Interconnector projects, in addition to oil & gas sector and renewables work. The specially-equipped vessel will be delivered from the Damen Galati yard in Romania.

Owned and operated by Maersk Supply Service, the vessel will become the latest addition to the 60-plus strong Maersk offshore support vessel fleet.

René Berkvens, Damen Shipyards Group Chief Executive Officer, says: “We are very proud of being contracted by Maersk Supply Service and DeepOcean for this cable layer. We really believe in the new design, a result of our continuous R&D efforts. Because of the flexibility of the concept, the customer can incorporate a large number of purpose-specific demands to suit his specific needs. This particular vessel has been adapted in close cooperation with our clients, drawing on the expertise of all three companies to create a state-of-the-art Offshore Construction Vessel.”

Remko Bouma of Damen Shipyards Bergum, who is overseeing vessel construction, describes the DOC 8500 as a “semi-customised, modular” design. For DeepOcean, the ship-to-ship rule compliant vessel has been configured to accommodate 90 personnel, mostly in single occupancy cabins.

“The DOC 8500 has been developed as a flexible platform for both transport and installation work offshore,” says Mr Bouma. “Its bow and slender hull optimise sea keeping in rough seas and suppress slamming. The ship will run on either MGO or HFO and has DP2 capabilities in line with offshore market preferences. Its high on-deck cable carrying capacity makes it particularly competitive as a cable layer, while the vessel has also been optimised for shallow water operations, coming complete with a seven-point mooring system and the ability to take the ground fully loaded.” 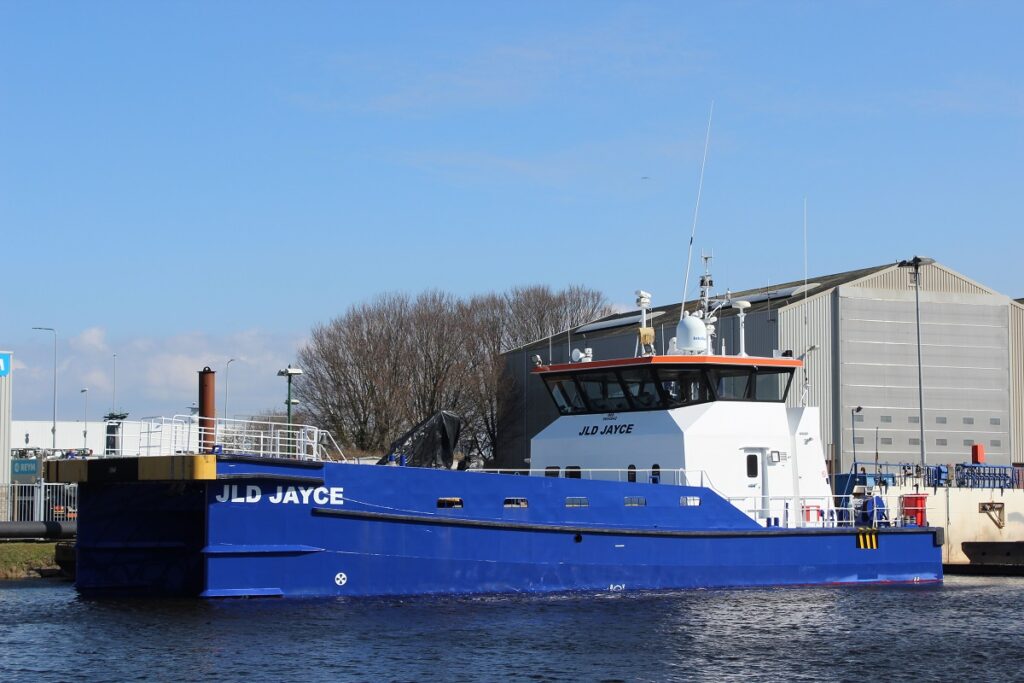