On Thursday 5 December, the jacking up of Dolwin Beta’s topsides started.

The topsides weighs 10,000 tons. It will be jacked up more than 50 meters to be fitter on the substructure by six gigantic jacking towers

Drydocks commenced the construction of the June last year.

The platform will be ready for sailaway from Dubai within approximately 2 years since the binging of the construction and will be outfitted in Haugesund before being towed out to the DolWin field in 2014. DolWin beta will be located in the DolWin wind farm cluster in the German sector of the North Sea.

The platform, which will host ABB’s converter station, will receive alternating current from the wind farms, and convert it to direct current which will then be sent ashore via sea cables.

The platform has been developed jointly by Aibel and ABB. The platform will stand in a sea depth of nearly 30 metres, will have a capacity of 900 MW and will be able take the production from three wind farms totalling 240 turbines. 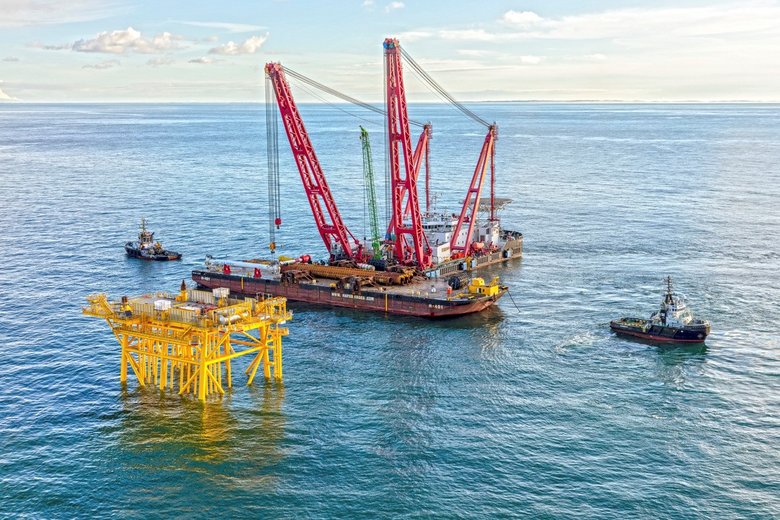