A new era in offshore working has begun, with the launch last December of Barge-Master: a unique invention of motion-compensation platforms to be used on board of flat top barges and supply vessels. The platforms prove a stable base for cargo during vessel to platform transfers. They can also be used as a steady foundation for crawler crane lifting operations.

Designed as a low cost, high performance alternative to existing offshore and near-shore lifting equipment, such as jack-up barges, Barge Master has an internal hydraulic mechanism that measures seawave and swell conditions and compensates for them so that the platform remains steady. With massive and unrelenting forces involved, a critical part of the system is the hydraulic power pack, which is driven by marine approved electric motors supplied by Rotor BV, part of Regal Beloit Corp.

Regal is one of the world’s leading manufacturers of electrical and mechanical motion control products, serving an expansive array of markets from heavy industry to high technology. Regal’s manufacturing and service facilities are located worldwide. Regal’s European Commercial and Industrial Motors operations include Marathon, Leeson and Rotor; their headquarters are based in Eibergen, The Netherlands. Regal supplies a wide range of marine and industrial motors.

Barge Master has recently built its first platform with a 700 ton load capacity, the hydraulic pumps of this platform are powered by three 510kW Rotor electric motors. This Barge Master platform was ready for commercial use from December 2012 onward, with production of more scheduled to follow. The design of each new Barge-Master can be easily customised to specific requirements if necessary.

In the moving three-dimensional world of the sea, six degrees of freedom need to be compensated in order to keep the Barge Master platform from moving. Three degrees of freedom are compensated by restraining two translations (Surge and Sway) and one rotation (Yaw) of a barge or vessel by using traditional anchors or a dynamic positioning system.

The remaining three degrees of freedom, one translation (heave) and two rotations (roll and pitch), are compensated by the Barge Master and its three hydraulic actuators. By controlling the actuators, which produce the counteractive motion, and measuring the heave, roll and pitch, the platform is kept in an earth fixed steady position.

The control system is based on the concept of servo feedback loops. The hydraulic system is able to measure the beginnings of a sea-induced movement and generate a reverse thrust to compensate for it; the larger the motion, the greater the compensatory reverse thrust.

Maritime operations are always challenging, and as a result can be expensive, with deteriorating sea or weather conditions often bringing work to a standstill. However Barge Master increases workable conditions, helping contain cost and allowing deadlines to be met. It reduces dependence on high-cost specialist equipment such as jack up barges by allowing standard floating barges, vessels and cranes to be used more widely. Naturally the safety of personnel is also significantly improved.

Reliability out at sea is a key overriding requirement for marine engineering and electrical equipment and so Rotor marine motors are designed and constructed specifically for this purpose and have an outstanding track record of providing dependable service even in the worst of conditions. As such they are engineered against water ingress, salt corrosion, lubrication failure and include features such as bearings and mounting feet sized for the extra loads that may be encountered in storm conditions.

In use Barge Master has to provide an incredibly stable working platform. Relatively small rotations of a barge (say 2-3 degrees) on which a crawler crane is placed could result in large movements (4-5 metres) of the crane boom tip and, therefore, the hook and load. These movements, relative to the land or an independently moving second barge, make working safely practically impossible. Barge Master is so sensitive that it can fully compensate for such movements.

Roll, pitch and heave also havea significant impact on supply operations. In the past people working on say drill platforms have had their supply schedules delayed for weeks or even months through the winter season. Barge Master is expected to make a significant contribution to the management of supply operations over the coming years.

Powering the system with Rotor electric motors provides a reliable service offshore for years and fitted perfectly in the system design. Rotor motors are compact built with high output power. Therefore they fit neatly into the room available and produce all the power needed to compensate for the movements of the platform. Fitting a complete hydraulic system with a total of 1530kW in just one container was a system requirement not easy to fulfil.The complete Barge Master system however fits in standard flexible shipping containers. That way the Barge Master can be used on all seas, and Rotor motors will stabilize offshore operations worldwide. 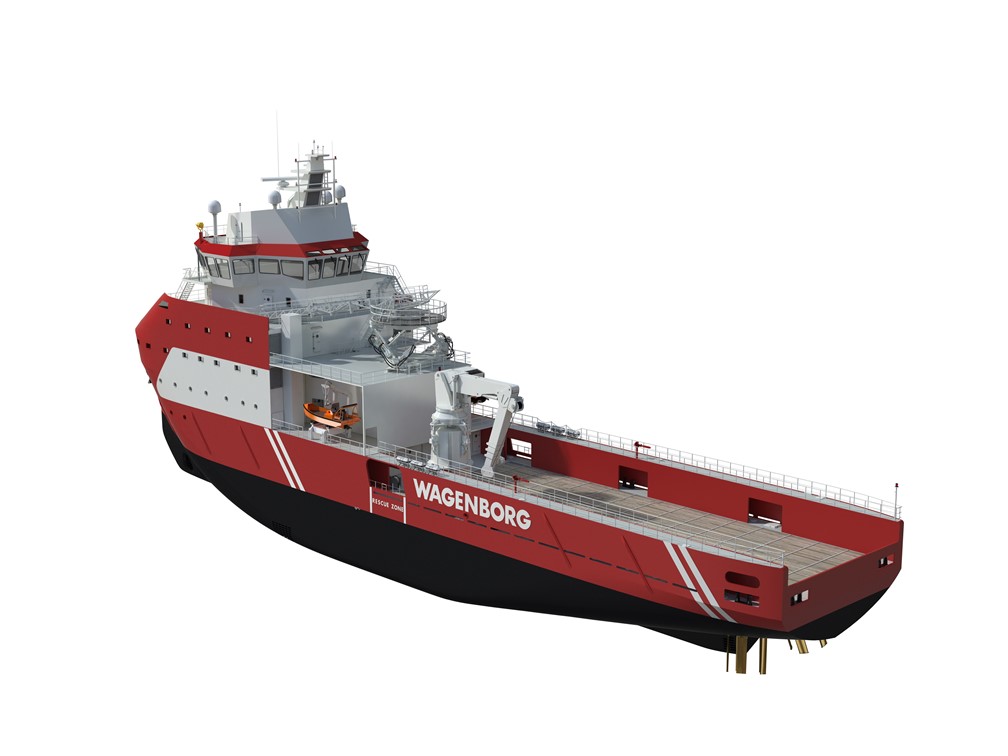