Asia in stats: Big ambitions ahead for Asian offshore wind

Today just over 6GW of offshore wind generation capacity is inst alled world wide, with an equal amount in development or under construction. While the top offshore wind markets are still found in Europe, representing more than 90% of the current installed capacity, a number of Asian countries including China, Japan, Korea, Taiwan and India, have ambitious plans, some of them well advanced.

The rest was in inter-tidal and near shore demonstration projects in China (127MW), in one project located in Jeju Island in Korea, and Japan’s floating turbine near Goto Island off Nagasaki with a capacity of lOOkW. Although at present there are only about 420MW of offshore installations in Asia, the sum total of ambition indicates that it is at least possible that there could be more than 35GW installed in Asian offshore waters by 2020.

The Taiwanese government has set a target of 600MW of offshore wind capacity by 2020 and 3GW by 2030. To reach this goal, Taiwan’s Bureau of Energy launched a support scheme for offshore wind projects in July 2012, covering 50% of the capital costs of two pilot offshore turbines and up to TWD250m (€6.5m) for the development of a large wind farm of 100-200MW capacity.

As of January 2013, three projects had been awarded the grant: the 100.8MW Fuhai offshore wind farm, which is expected to be finalised by the end of 2016; a 108MW project off the coast Miaoli county by Formosa Wind Power; and another 108-150MW wind farm owned by Taiwan Power. In the meantime, a feed-in tariff (FIT) for offshore wind has been set at TWD5.56 per kWh (€0.15), which is twice the level of the available onshore wind tariff. The FIT is valid for twenty years.

Offshore sector set to boom in China after a slow start

While China has become the world’s largest onshore wind market, the offshore sector has had a slow start. China’s installed offshore wind capacity stood at 389.6MW at the end of 2012 representing less than 10% of the country’s offshore target of having 5GW installed by 2015. To meet the target China needs to speed up substantially.

Last year China installed 127MW of offshore wind, of which 113MW was in inter-tidal projects (projects in the shallow inter-tidal zone which dries out at low tide, unique to China) and the remaining 14MW were near shore demonstration projects. The majority (67%) of the Chinese offshore projects are inter-tidal projects, accounting for a total of 261MW. China ranks in third position in global offshore wind development after the UK and Denmark.

China’s national offshore targets of 5GW by 2015 and 30GW by 2020 seem ambitious for today’s pace. The main bottleneck is caused by lack of coordination between different government agencies relevant to marine development. Also, the lack of an attractive on-grid tariff for offshore wind power has dampened investor interest. Currently, only small-scale demonstration projects are under way to test the waters for the ‘real’ offshore development.

Japan is an island country with a very large Exclusive Economic Zone (EEZ) and excellent offshore resources, and following the Fukushima disaster in 2011, a strong appetite for renewable energy. The Ministry of Environment (MOE) estimates Japan’s theoretical offshore potential at 1,573GW.

Currently, Japan has four offshore wind projects totalling 25.3MW, including both founded and floating types of turbines. The only new installation in 2012 was the floating the turbine demonstration project off the Goto Islands, near Nagasaki, with a capacity of lOOkW.

Due to the lack of historical data, the FIT for offshore wind is not fixed; it will take 2 to 3 years in order to get enough of a track record to set the price, which is re-estimated annually by the Ministry for Economy, Trade and Industry (METI). Most of the projects are owned by government agencies testing the water for offshore development, both in terms of the economics of the projects, and for testing different foundation and turbine technologies.

METI’s floating offshore project, the 16MW Fukushima project, is located offshore from where the nuclear accident happened two years ago. The project may be expanded to up to 1GW if the technology proves to be successful. The other project testing the floating foundation concept is the 2.1 MW Goto Island project, mentioned before.

The floating turbine technology is still in its early stages of development. However, given the water depths along the Japanese coast (more than 200 meters depth close to the shore) floating technology is an attractive option as bottom mounted turbines are not practical in much of Japan’s EEZ. Japan aims to reach 5-6GW of offshore capacity by 2030.

Moving ahead from 5MWin South Korea

South Korea’s offshore wind installations, totalling 5MW, are all located in Jeju Island in a project developed by the Korean Institute of Energy Research. The project consists of one 2MW STX direct drive turbine installed in 2011 and another 3MW Doosan turbine, which was installed in July 2012.

Most of the projects under the 2.5GW plan will follow the private-public partnership (PPP) model, in which the Korea Electric Power Corporation (KEPco), will be the leading developer, together with Korean turbine manufacturers such as Doosan Heavy Industries, Samsung, Hyundai, and Daewoo. Parallel to this, there is another 4.5GW of offshore projects being planned by local governments. Jeju Island has some of the most ambitious plans for 380MW by 2016 and 2GW by 2030.

The government’s ambition in offshore wind development is driven by a goal of generating 11% of the country’s total primary energy supply from renewable sources by 2030; and many large and well known Korean companies have entered the offshore market, including Doosan, Daewoo, Hyundai and Samsung. These corporate giants have also expressed strong interest in overseas markets in Europe and North America.

The key bottlenecks for offshore development in India according to the draft policy are resource identification, power grid interconnection and operation, and the development of adequate transmission infrastructure.

Preliminary assessments indicate offshore wind potential along the coastlines of the States of Gujarat, Karnataka, Kerala, Tamil Nadu and the Union Territory of Goa.

Offshore wind has a number of advantages, such as higher wind speeds and less turbulence than on land, and fewer environmental constraints. Offshore is particularly suitable for large scale development near major demand centres represented by the major port cities of the world, avoiding the need for long transmission lines to get the power to demand centres, as is so often the case onshore.

Although the global offshore wind development has passed the 5GW mark, it still is lagging behind expectations. Actual installations in the EU member states in 2012 were 14% lower than the 5.8GW target set in the National Renewable Energy
Action Plans. The Chinese target of 5GW by 2015 seems increasingly unlikely to be met. Although it is still early days to anticipate the real pace of the future developments in Japan, Korea and Taiwan, it won’t be an easy task to achieve the ambitious targets.

A major challenge for offshore wind development today is to continue to bring down costs. Selection of sites in deeper waters, further from shore, with more difficult seabed conditions and higher waves, have all contributed towards driving costs up faster than the improvements in the technology have been able to drive them down.

However, technology cost reductions continue to be achieved, and this is one of the main reasons for continued confidence in offshore wind. In addition, it is expected that the cost of energy from offshore wind will come down substantially as the mass rollout of the next generation of offshore wind turbines begins to take place. 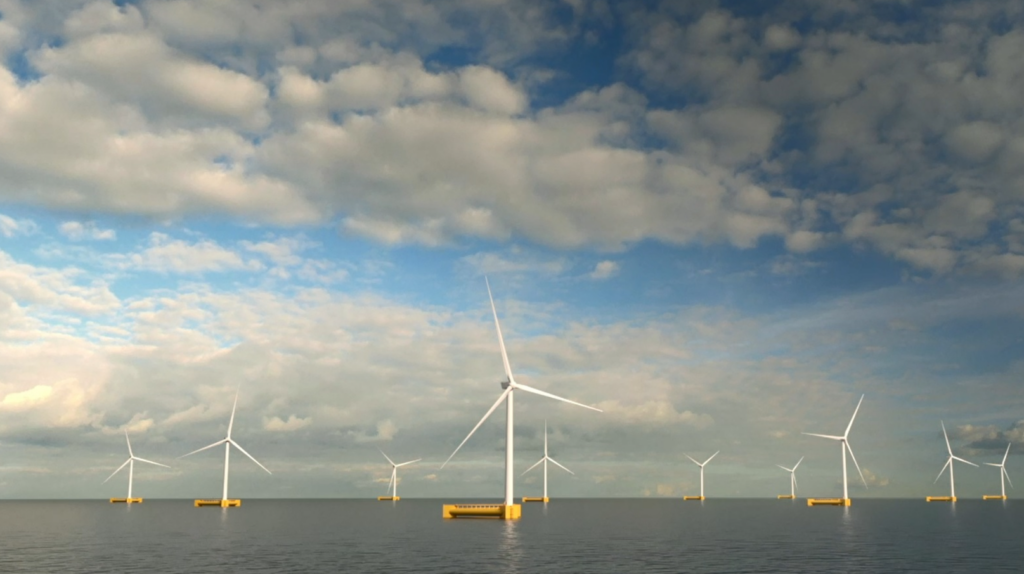