DNV has launched a significant revision to the rules for wind farm service vessels (WFSV) to improve the safety of these specialised vessels which are undertaking multiple roles further and further offshore.

The announcement was made at the Seawork exhibition and forum which is taking place between 25 and 27 June in Southampton, UK.

DNV was first to publish rules for WFSV in January 2011 to provide the wind farm industry with an improved construction standard which would be accepted by regulators in the North Sea Basin.

These early tentative rules were very well received by industry and they quickly became the industry standard for wind farm service vessels.

However given the regulatory complexity and wide operating profile of the vessels they found that improvements were required in order to realise their vision of enhancing safety. Therefore they have established a cross industry rule development forum which provided them with very constructive and comprehensive feedback in a number of key areas.

DNV incorporated this industry feedback as well as the valuable experience they have gained from the large number of design approvals, new building supervision projects and also the in-service inspections of the vessels classified by DNV into the new rule set which comes into force from 1st July 2013.

In particular the DNV work on developing this new standard offers the following benefit for the industry:

2) Key lessons from in-service inspections have been fed back into the rule development, for example added requirements to reduce cracking caused by the increased vibration in the aft end of the vessel when pushing up against turbines. This will reduce maintenance and repair cost for the owner.

3) It provides an enhanced safety standard which local authorities and domestic associations can use as a benchmark thereby contributing further towards improved safety for the industry.

Thomas Grafton a Senior Engineer with DNV commented: “The original tentative rules met the expectations of the industry broadly however we realised that we needed to improve the clarity and accessibility of our rules further. The improvements we have made support further innovation leading to both lower through life cost and improved safety for these vessels.”

Mårten Schei-Nilsson, Approval Engineer with DNV, added: “With the development of the wind energy industry, especially in European waters, there is a requirement for the vessels to go further afield and to transfer between jurisdictions such as Denmark, Germany and the UK. They have delivered a proven solution and will continue to support this industry as wind farms are constructed in other parts of the world and in increasingly challenging environments.” 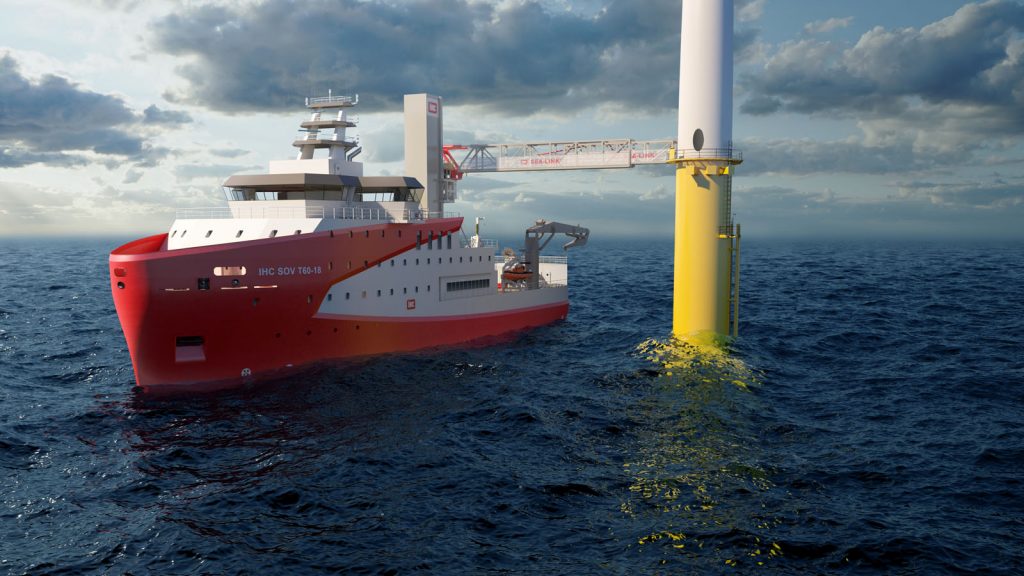