The East of England is home to an energy industry that spans all sectors with a well-established and sizeable supply chain and workforce. Around 6,200 businesses are currently active in the region from all energy sectors, between them responsible for a total annual turnover of £12.9 billion and the employment of approximately 103,400 people.

There is also planned investment over the next five to eight years in round 3 offshore wind farms, oil and gas exploration and extraction, new build and decommissioning in the nuclear industry and platform decommissioning and storage in the gas industry. The energy sector in East Anglia is not standing still!

Energy is but one of the industry sectors served by East Anglia based recruitment specialists, Cooper Lomaz. The company’s oil and gas consultancy division was well-established before the rise of ‘green’ energy; however, the expansion of Cooper Lomaz’s energy division came about alongside the development of offshore wind farms.

The key energy sources in East Anglia fall into four sectors. The big players are the oil, gas, offshore wind and nuclear industries, with solar, biomass and tidal still to become significant providers.

Jane Lovell from Cooper Lomaz explains the part the company plays in recruiting for the energy industry in East Anglia, saying: “Historically, most of our recruitment has been within the oil and gas industries, which are well established, and latterly, the offshore wind industry, although we have been involved to a lesser extent with biomass. At the moment, we have no involvement with nuclear power, and as far as I’m aware, there is no demand within the tidal energy sector. When solar power began on a big scale in the area, we were engaged by the manufacturers and installers, but once the government changed the tariff structure in 2011, the industry came to a halt overnight. This may of course change in the future, and if it does, then we shall be ready to pick up the reins again.

“Oil and gas companies are currently facing different problems from the much newer renewable energy sector, which required personnel to carry out the survey, construction and currently, maintenance elements. Within the oil and gas industry, much of the aging infrastructure needs refurbishment and wells that are coming to the end of their productive lives need capping off. They will also face a skills problem with the ‘baby boom’ generation of engineers coming up for retirement and a lack of mid to senior level managers to fill the gaps. It is vital for companies within the sector to attract and train the next generation of workers.

“Cooper Lomaz recruited around 700 people for businesses in the region in 2012, and wherever possible, we aim to recruit locally. However, the skill sets required by these industries are specific and this is not always possible. Many of the positions require degree or HND/HNC level engineering qualifications, and we, and the companies we work for, are faced with a shortage of talented graduates with specific engineering qualifications in East Anglia. This is partly due to the lack of relevant degree courses offered locally coupled with a national shortfall of graduates in Mechanical Engineering. The UK needs 31,000 Engineering graduates annually for the next 5 years to cope with the demand; only 12,000 graduate annually.

“Marine engineering is also an important element of the energy sector supply chain, with a demand for surveyors, sub-sea engineers and geo-scientists. I consider the skills gap to be one of the main barriers to supplying a local workforce to the oil, gas, and low carbon and renewables industries. I feel that schools and parents must also play their part by helping students to choose the right subjects in preparation for a career in engineering.”

Cooper Lomaz consultants have found success in facilitating the transfer of highly talented candidates from the ex-pat community, many of whom are returning to the area from the oil and gas industry in the Middle East with the relevant skills and experience. In addition there is a large population of highly talented professionals who are working elsewhere in the UK and internationally, yet reside in Norfolk and Suffolk. The company is also recruiting candidates retiring from the armed forces, and people with heavy engineering or motor engineering experience both within the locality and from further afield and transferring these skills into energy businesses. However, Jane and her colleagues have found that East Anglia finds itself in a ‘marmite’ situation – you either love it or hate it. It is often not perceived, for various reasons, as a good place to live. She explains: “Although we love the region, we sometimes have to do a hard sell on candidates. I think the profile of the area needs to be raised significantly and much better branded.”

With a government focus on apprenticeships, Jane feels that the industry needs to get a better balance between graduates and apprentices, or it will face problems in the next 7-10 years.

As to the future, Jane comments: “Many businesses leaders still do not understand the major clash occurring between the generations in our workplaces. Generation Y – The Millenials – are here to stay, whether business is ready or not. It has quickly become obvious that the work style of this group is different from any previous generation. They are cause driven, and derive their strengths from excellent technical knowledge, an ability to gather information, appreciation of diversity, team orientation and good multi-tasking skills.

“The last point is significant as Generation Y is particularly aware of environmental issues and will carefully consider the role they undertake in the sector. Businesses must gear up and develop new ways and strategies of engaging with these individuals.

“The priorities of Generation Y make demands on employers. They value PTO (personal time off), flexibility around working hours and a blended life, personal growth, good relationships, bi-directional feedback from within an organisation, and finally, cause; Generation Y wants success, and to be part of something larger than themselves.

“However,” she feels, “the future is looking very positive, and with that confidence (and a shortage of suitable candidates), salaries are rising. Rates vary, but dependant on skills, some contractors can command up to £1,900 per day. These same companies are dictating the market rate and an across the board increase of 7% was experienced in 2012.”

The East of England Energy Group [EEEGR] exists in East Anglia to support the energy sector by giving a combined voice to the supply chain. There are over 6,000 companies in this area that are either directly or indirectly involved in the energy sector, and of these, 390 are represented by EEEGR. “EEEGR is playing a vital role, helping to deliver skilled people for long-term careers in the sector,” says Jane. “However, in my opinion, this role should be strengthened. All in all, recruiting for the energy sector has been, and is, demanding, exciting and rewarding.” 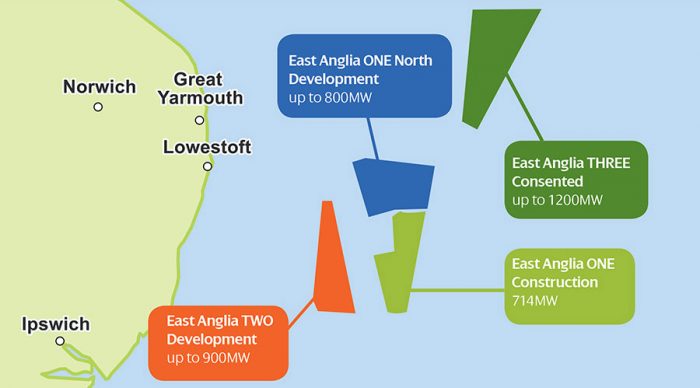