40 years wind in the Netherlands: To be continued…

It was 40 years ago, in the time of the international oil crisis, that some of the first initiatives were undertaken by, what the Dutch now would call, ‘goat-hair wool sock men’ taking a look at wind as a source for generating energy. Reason enough for one of these ‘pioneers’, Chris Westra, to organise a day where the wind industry could come together and celebrate this anniversary and look back, but also look into the future of the wind industry in the Netherlands. Offshore WIND and a few hundred others, visited this, what would turn out to be a very cheerful gathering of ‘old’ and ‘new’ players in discussion.

In his 40 year career in promoting wind energy in the Netherlands, Christ Westra has built up a substantial archive of information, photos and videos.

When reaching this unofficial anniversary of the wind industry the idea was born to gather the data and make it available for the public on a newly created website, www.overwind. nl (about wind). The website would be launched on the same day.

On 29 November, during a full day, on a nice location in the centre of Amsterdam, all present were taken back to the “days of old”, looking at old black and white videos, where men with long hair and beards, were climbing ladders, and installing small turbines in their backyards.

If only these people knew then, that now, 40 years later, wind turbines are a normal, say sometimes perhaps still unwanted, object in the Dutch landscape, but now in a complete wind farm setting, and for which a dedicated mature supply chain around it has been set up.

Offshore wind – to be or not to be

Would these same motivators even have imagined that one day wind turbines would not only be reshaping the Dutch landscape but also the horizons at sea? Even if the thought had crossed their minds it is be hard to believe that they had ever imagined that these turbines would hold components of hundreds of tonnes which are transported, lifted and installed at water depths of up to 40 meters in rough marine environments, using specially designed wind turbine installation vessels. The current nacelles, the size of a house, even without the 60m long blades, would no longer fit in any backyard!

The first hours of the meeting took us through the history of the onshore wind developments before arriving at the point on the time line, the start of the 21st century, when offshore wind was introduced.

Once again it was made clear that although the Netherlands was one of the first countries to install a wind farm offshore and are still in the top when it comes to installed capacity, the Dutch did ‘miss the boat’ in developing their own strong offshore wind manufacturing industry. While having a very strong offshore construction and installation industry, in most of the projects you will find at least one Dutch player involved, it did not manage to consolidate a large stable home manufacturing base.

Innovation is key… and money

However, the Dutch are still showing their world wide expertise in innovation in technology. While the industry is carrying out work on offshore wind farms in foreign waters it is also looking at new technologies to make offshore wind more reliable and economical.

A Top consortium for Knowledge and Innovation for Wind at Sea (TKI-WoZ), was set up in August 2012 to look at ways to reduce the cost of energy and strengthen the Dutch industry. It is working together with the Ministry of economic Affairs and the Agentschap.NL to set up tenders for innovative projects.

With its help 6 projects have received funding and can get started this year. The total investment needed for the 6 projects was €14m of which TKI-WoZ is funding €7.3m. The projects are:

TKI-WoZ received €11.4m in funding for new R&D projects in 2013 for which 2 tender rounds are planned for this year.

Besides this, it is also promoting a pilot study for research by the universities of Groningen, Eindhoven and Delft titled “Embedding social responsibility in the design of offshore wind energy systems” where they will look at the opportunities and challenges for synergy with other industries, such as fishing and oil & gas, when developing large scale wind farms at sea.

It is also supporting the 300MW demonstration site where companies can demonstrate their innovative technologies. This demonstration site, Leeghwater, is a result of the Green Deal between the Netherlands Wind Energy Association (NWEA) and the Government with the goal of reducing the cost of energy of offshore wind with 40% by 2020 by technical and regulatory innovations. The project expects to get approval by mid 2013.

However, the current government, Rutte II, has also sent out positive signals towards the development of wind energy. The Dutch Government, newly elected in September 2012, has set a renewable target of 16% for 2020. This target is 2% higher compared to the EU’s target set for the Netherlands and also 1,5% higher than set by the previous government. Around 12,000MW will be needed on both land and offshore, meaning that large investments and quick decision making will have to be made in the next years to achieve this goal.

The Netherlands currently have 288MW installed capacity from the OWEZ (Offshore Windpark Egmond aan Zee) and the Prinses Amaliawindpark. Two other projects are in a far advanced stage, the 129MW Luchterduinen, a project by utility Eneco and the 600MW Gemini, a project consisting of two development zones Buitengaats and ZeeEnergie, being developed by Typhoon Offshore. The latter is delayed and still waiting financial closure but has shown positive signs in that area.

Offshore WIND was just in time to hear Eneco making an important announcement on the financing of their Luchterduinen project which will be located 23 km off the Dutch coast between Noordwijk and Zandvoort. The utility has found a new investor in Japanese Mitsubishi that is acquiring a 50% stake in the wind farm, representing an investment between €200-225m. This will bring the wind farm on to the next stage. Luchterduinen will have 43 Vestas, type V112-3.0 MW, turbines installed. Construction is planned to start in July next year. When in full operation these could provide green energy to around 150,000 Dutch households.

Both companies signed a letter of intent for a long term cooperation agreement with regards to offshore wind related international projects. This includes the already operating wind farm Prinses Amaliawindpark.

If government support will continue there are still a lot of opportunities for the Dutch industry to remain a strong player in the offshore wind industry. And who knows, in the future we can get all get together again to celebrate 40 years of offshore wind in the Netherlands! 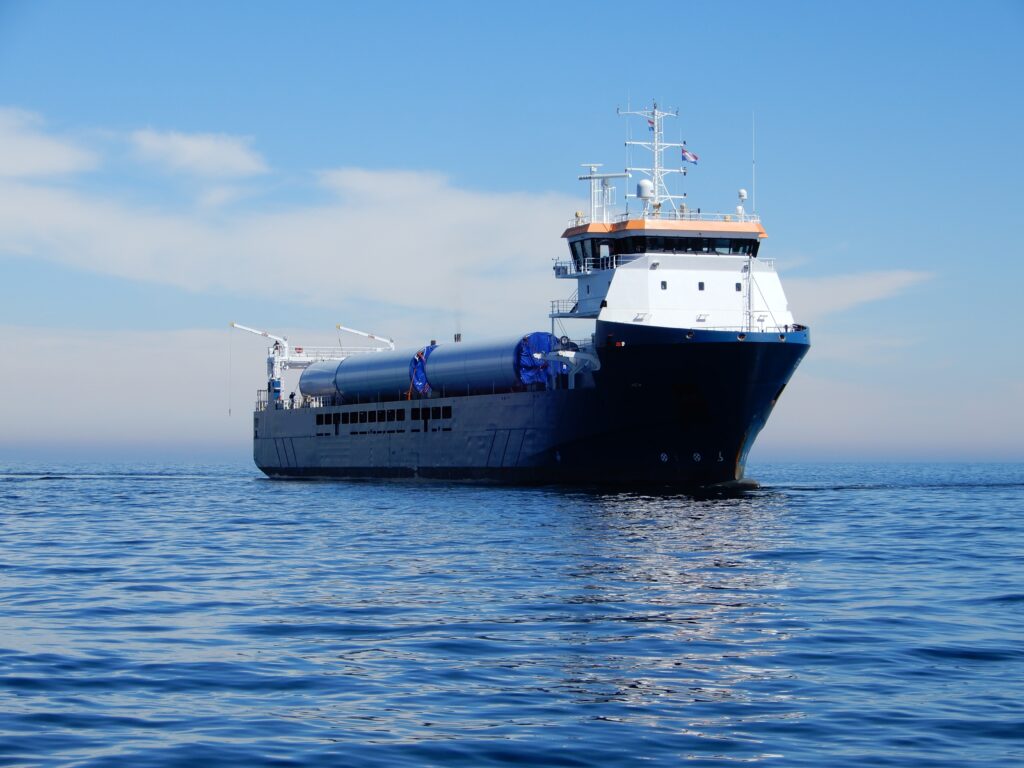