The second of the Njord Offshore Windfarm Support Vessels (WSV), Njord Kittiwake, has been launched at the Strategic Marine shipyard in Singapore.

The first vessel, Njord Avocet, has completed a full set of trials and not only exceeded the speed requirement of 26 knots but also proved to be remarkably quiet with a sound level of only 65 dB in the cabin at cruising speed. It is classed to DNV’s Windfarm Service 1 notation.

The Windfarm Support Vessels are managed by Njord Offshore Limited, a subsidiary of Norse Management UK. The company’s vessels have been designed by naval architect’s BMT Nigel Gee, one of the world’s foremost fast catamaran designers. Their hull designs operate around the world and are proven in the harshest of conditions.

They are built by Strategic Marine who were chosen for their extensive experience and high build quality of aluminium vessels. 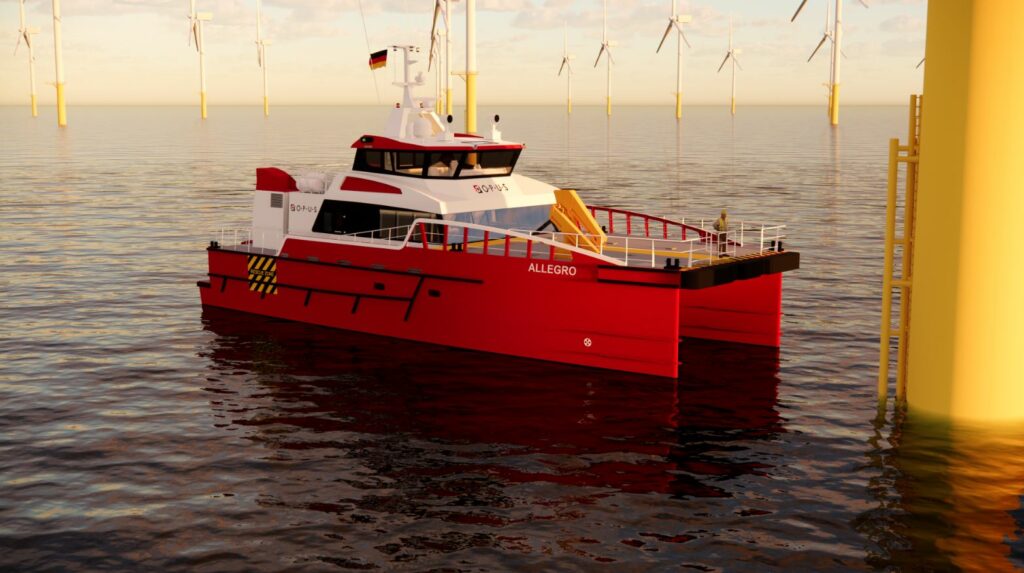