Veka-Group builds a series of catamarans for the offshore industry. The vessel has been specially developed for crew tendering and offers also enough deck space for transporting three 10 ft containers. The first vessel, destined for an operator of a wind farm, will be delivered mid September.

‘A monohull built without special devices, is far from stable on the waves’, says Veka project manager Robin Sijbrands. ‘The special characteristic of a multihull is that it hardly rolls. Aboard a multihull people don’t get seasick easily. Furthermore a catamaran sails much faster than a monohull. The “wind farm catamaran” has a lower resistance, a higher stability and, thanks to her special design, a considerably lower weight and consequently a significantly lower fuel consumption.’

Sijbrands talks about a ‘very clever construction’. ‘The accommodation has not been placed on the hull afterwards but it forms an integral part of the hull. As a result the construction is not only stronger but also lighter in weight. With the same finish and facilities the “wind farm catamaran” weighs about 20% less than a traditionally built catamaran. Fuel consumption is also roughly 20% less, which is a big contribution to the operating costs taking into account the many sailing hours these kinds of vessels usually make.’

There is room aboard for twelve passengers and three crewmembers. Two 10 ft containers can be placed on the fore deck. The aft deck offers place for a third 10 ft container. ‘The wheelhouse is situated over the passengers lounge, says Sijbrands. ‘In this way the captain has a good all-round visibility and thanks to the three skylights there is also a good upwards visibility. This is important when mooring the catamaran at the final workplace of the passengers.’

Whereas other vessels need a stabilization system and a Dynamic Positioning system for holding a steady position at all times while mooring, the “wind farm catamaran” does not need these devices. ‘We have made special sturdy fenders around the vessel. The moment the captain pushes the catamaran, using the water jets and the engine power, to the mooring post, there is so much friction that the vessel sticks to that position. Thanks to this special characteristic disembarking is, even with waves up to a height of two meters, perfectly safe.’

A heavy foundation has been included in the hull at the fore and the aft. ‘This makes it possible to place a crane for putting containers or a ROV overboard’, explains Sijbrands. ‘That way also an underwater inspection can be carried out.’

Veka-Group has a large number of shipyards in the Netherlands and abroad. At the site where the “wind farm catamaran” is being built, the company has three production halls of 60 by 25 meters with a workable height of 18 meters. ‘We can, just at this location, build ten catamarans per year’, says Sijbrands. ‘Between the moment of signing the contract and the final delivery we need six to eight months depending on our order book.’

Drawings of the 24 meters version are available

The current catamaran has a length of 19.40 meters. Considering the interest shown from the market the Veka-Group has already made the drawings for a 24 meters version. ‘We see it as our responsibility to anticipate the developments’, says Sijbrands. ‘In the future more wind farms will be built at greater distances from the coast so that larger vessels will be required. To design a new version when we are negotiating an order would lead to unacceptable long delivery times. Therefore we took the initiative and we now have the drawings available for the larger version. As soon as a customer places the order, production can be started immediately.’

Veka-Group has been active in the maritime sector since 1988. In the almost 25 years of her existence the company has gone through exceptional developments and has become an all-round maritime service provider. In addition to the construction of inland waterway vessels, seagoing vessels, working vessels and luxury sailing boats and motor yachts Veka also has its own shipping company and its own logistics company. The Veka-Group owns shipyards in Werkendam, Heusden, Lemmer and Wieringerwerf. The company has also shipyards in the Czech Republic, Romania, Poland, Ukraine, Bulgaria, China and Serbia. Thanks to joint ventures Veka-Group has access to sites in Russia, Vietnam, Egypt, Turkey, France and Belarus. 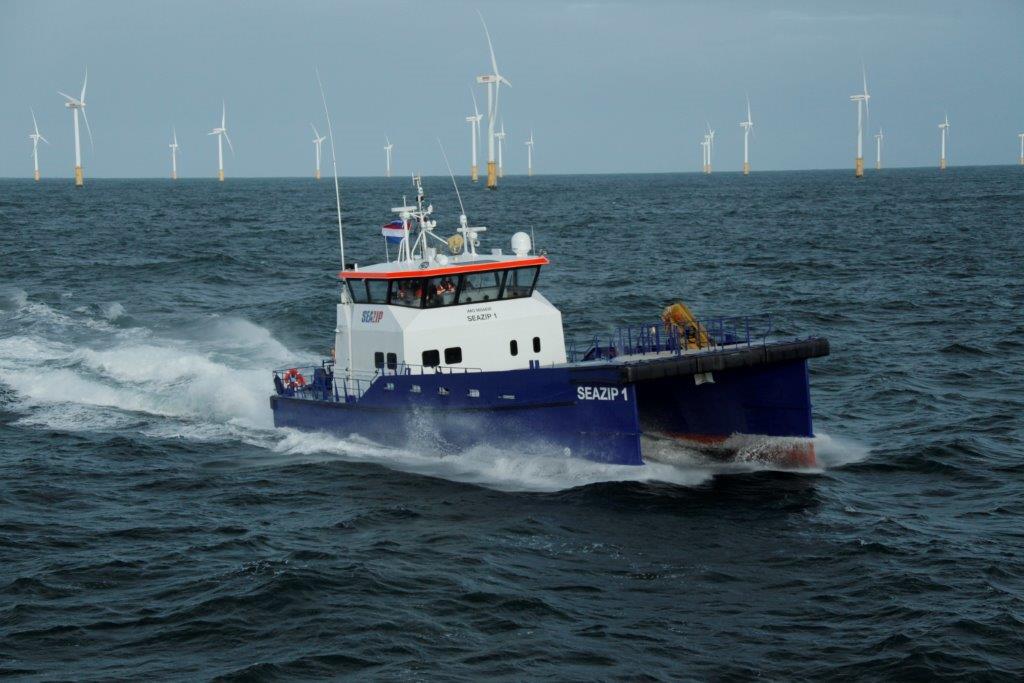