Seawork 2012 saw a number of major deals being done and several high specification craft being officially handed over.

Seawork has become not only an efficient one-stop-shop for seeing what’s new on the market, specifying future requirements and placing orders but also the event of choice for exhibitors to showcase the work they have completed for clients. This is particularly true of exhibitors presenting vessels on the Seawork pontoons.

The Deep-V planing hull features a ‘beak’ bow, which reduces pitching and slamming and provides excellent directional stability when transferring pilots. The standard of construction has contributed to achieving light weight to reduce power demand, fuel consumption and environmental impact.

At the Seawork hand-over of a 19m Wind Farm Service Vessel to Off Shore Wind Services, Ben Colman, South Boats’ Technical Director, explained the versatile vessel’s capabilities: “At 21m overall, it can carry up to 16 tonnes of cargo, operate up to 150 miles offshore and carry up to 12 passengers and three crew. In addition, it can be used for transferring up to 7 tonnes of fuel to offshore structures.”

The 32 knot vessel has been prepared to operate up to 20 miles offshore between The Needles and the River Exe. The centre console instrumentation and 115hp Yamaha outboard have been selected for year-round service carrying up to 6 passengers and crew.

Ribcraft of Yeovil handed over the keys of a new 7.9m RIB to Councillor Jackie Raymond, Chairman of the Hampshire Police Authority at Seawork.

The Hampshire Constabulary Marine Unit (HMCU) vessel will be used for patrol, boarding, counter-terrrorism, fishery protection and MCA work in the Solent. Anthony Birr, Police Sergeant in the Hampshire Constabulary Marine Unit, reported that the Authority will be taking possession of a total of four new craft this year, all built by Seawork exhibitors Lochin, South Boats and Ribcraft: “The first RIB was part of a 4-boat plan worth over £1m which wouldn’t have happened without Seawork.”

Jason Purvey of Ribcraft commented: “We feel upbeat about the commercial sector of the market and this year’s Seawork has underlined that with good enquiries and plenty of interest.”

Also at Seawork, Ribcraft handed over the first of a two-boat order for Fugro Seacore The vessels will be sent to West Africa and South America for crew transportation in the geo-technical & renewables industries.

Cheetah Cat handed over to Police

The North-West Underwater Search and Marine Unit accepted a Cheetah Marine coded 7.2m Police Boat at Seawork.  The Cheetah, made in Ventnor Isle of Wight, is powered by twin 90hp Honda outboards and equipped with Simrad instrumentation and sonar. Inspector Dave Corcoran, who leads the Unit said: “This vessel will provide us with an even greater capability and capacity for our work and the Cheetah will prove its worth in service when deployed for the Olympic Sailing in Dorset.”

Seawork was the scene of myriad deals both large and small. Exhibitors sold to fellow exhibitors as well as visitors, with some agreements being the result of prolonged negotiations and some being spontaneous.

Mark White, Nelson Stud Welding, remarked: “At Seawork, we made our first ever sale at an exhibition, in 22 years! We are looking to grow our business in the marine sector and this is a great show for us to do that.”

The deals in detail

CTruk Boatsof Essex secured five orders for five vessels at the exhibition, including an instruction to build the first CVenture40, which offers year-round use for owner-operators, and four 19m multi-purpose catamarans (MPC).

CVenture40 features CTruk Boats’ flexible pod system, meaning the vessel can carry personnel to windfarms in Europe in summer and then be reconfigured to offer luxury expedition charters in the Caribbean in the winter months.

The four 19m MPCs will be built this year and immediately go on contract to the UK’s east coast.

Buckie Shipyard of Scotland announced confirmation at Seawork of a two-vessel order for Mainprize Offshore Ltd of Scarborough.

The 24m Offshore Support Vessels will be from the Teknicraft design stable and be the first to be built in the UK. The foil-assisted catamaran, with semi-wave piercing bow, will have a multipurpose capability being able to carry up to 36,000 Ltrs of fuel for fuel transfer, up to four 20’ containers or deck cargo. With an A-frame aft, two-position crane and moonpool, the vessels will also be useful for survey and ROV work, diving operations and all other offshore supply and support operations. The first of these vessels will be at Seawork 2013.

Scania announced, at Seawork, a deal for two D16M 16-litre marine engines. Developing 600 horsepower each, the units are destined for a new passenger-carrying catamaran to be operated in the Solent by Solent & Wightline Cruises. The new vessel is scheduled to enter service Spring 2013.

‪Rolls-Royce secured a contract to supply FF600 water jets for four new wind farm support vessels to be built by South Boats for offshore company MPI. The 19m catamarans will be used to transfer people and cargo to the growing number of offshore wind farms around the coast of Europe. ‪

An order from Dalby Offshore Services to supply and install blinds on Dalby Tees and Dalby Humber was confirmed by Solacure at Seawork. The installation on the 20m Alicats follows a successful fit-out on Gardian 11 featured on the Seawork pontoons. Order value? 300% more than the cost of exhibiting. 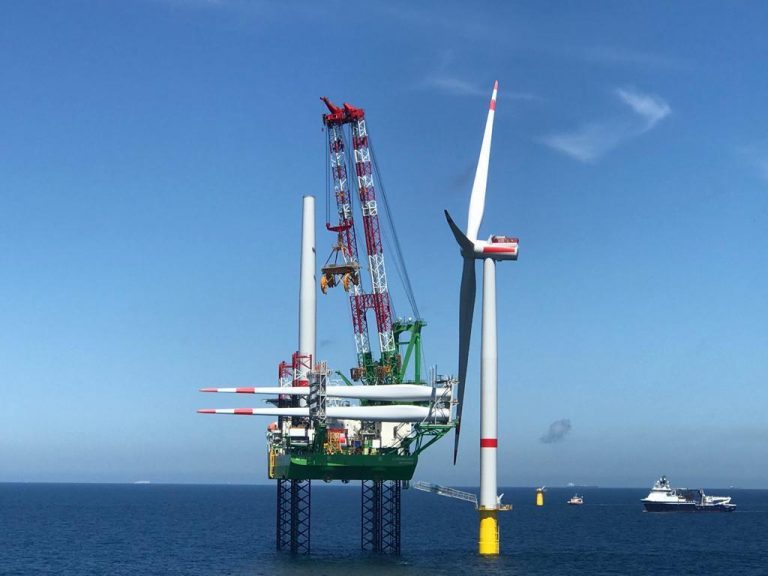