The Port of Zeebrugge does not deny Ostend its place under the sun when it comes to positioning itself as the place to be for involvement in the offshore wind industry. Yet, it will wholeheartedly welcome the maritime contractor and towage company Jan de Nul, which will construct 16 concrete foundations for a wind farm in the Swedish section of the Baltic Sea.

The Port of Zeebrugge’s chairman Joachim Coens told Offhore WIND that Zeebrugge would like to keep up its green profile, so closely surrounded by offshore wind farms. The self-appointed Clean Port has onshore wind turbines installed, provides shore power facilities for vessels to reduce the number of generators being run while vessels are in port and boasts accommodating clean industry, thus lifting the carbon footprint of the port. Mr Coens added that the port has only been used occasionally as base for the offshore wind energy sector.

Such was the case with the first phase of the Belwind project. In September 2009 Zeebrugge received heavy lift vessel Svanen for the job to carry foundations for the Belwind wind farm 45 kilometres off its coast while later the JB114 installation vessel, for Van Oord, used the port for the transport of the Vestas turbines on the same project. Vestas rented a 16.000 m2 compound on the dockside as a temporary workplace for pre-assembly and pre-commissioning works.

Currently the Port of Zeebrugge is home of companies such as Electrawinds, Aspiravi and Belwind, all playing a role in nearby offshore wind farms. Stevedoring company ICO is commissioned to handle oversized cargo for the offshore industry, now and again.

Even though the role of the port is minor compared to the Port of Ostend it does not mean that Zeebrugge is not likely to play its role in offshore wind in the near future. Jan de Nul Group underlined that point when announcing that 16 concrete foundations for an offshore wind farm will be constructed in the port from March onwards. E.ON commissioned the project for the design, the construction and the installation of the foundations for an offshore wind farm in the Swedish part of the Baltic Sea.

Jan De Nul Group has already started the design of the foundations of the 3MW wind turbines. It will take four months to pour 10,000m3 of concrete into the 24.5 metres high, 1,800 tonnes foundations with a diameter of 18 metres. Subsequently, the foundations will be towed from Zeebrugge to Sweden on super pontoons of Jan De Nul Group. The completion of the combined civil and dredging work is expected to be in the Autumn of 2012.

Jan de Nul has rented a part of the quay at the waterside of Noordelijk Insteek Terminal from stevedoring company ICO to materialise the project. The terminal’s total area is 59 hectares, quay length is 1,150 metres, two deepsea and three shortsea berths and depth 13.5 metres.

ICO mentions that it has already handled some oversized cargo projects and that it aims at developing these activities even further. Although “Our focus is not specifically on the wind energy sector,” a spokeswoman added. 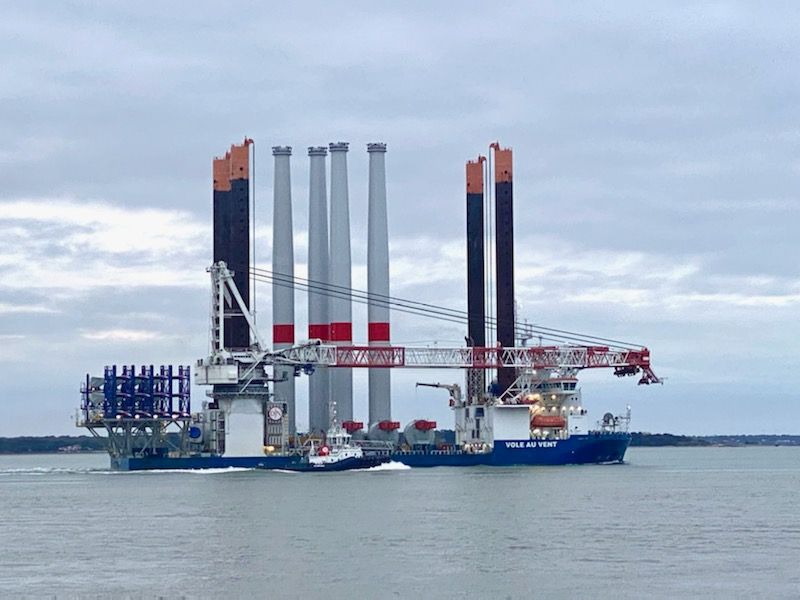