Ministers of the governments of Ireland, the UK, Scotland, Wales, Northern Ireland, the Isle of Man, Jersey and Guernsey today called on the European Union to give its full backing to the development of the massive ocean energy resources that exist in these regions.

The governments gave their support to a Member State Position Paper on Ocean Energy, issued jointly by the governments of the UK, Ireland, Norway, Spain, Portugal, France and Denmark.

The paper is also supported by Belgium and the Netherlands for longer term interests. It sets out the potential for the Ocean Energy sector to satisfy 15 per cent of EU energy demand and create 314,000 new jobs across Europe by 2050.

It also calls on the European Commission to fully recognise this potential contribution from Ocean Energy to meeting the EU’s climate change and energy security objectives, and to give its backing to the sector with EU financial support under the EU Strategic Energy Technology Plan.

“There is an abundant energy resource in European waters and there is a clear appetite from individual states to make the most of it.

“Here in the UK we have set out ambitious plans to be a world leader in marine energy and get projects off the drawing board and into the water. And more international cooperation can help bring marine energy forward faster, develop supply chains, and support jobs.”

“The Welsh Government has identified marine energy as a key contributor towards the creation of a low carbon Wales. Our £1 million investment into understanding the practical energy resource around our coasts concluded that there is the potential to meet up to half of our electricity demand from wet renewables alone.

“The study, which assessed the marine energy resource against a backdrop of environmental and socio-economic constraints, provides key data for the development of the sector all in one place. Our wave and tidal resource is an ideal climate for the current phase of the industry and, with our deep water ports, accessible grid infrastructure and manufacturing base, there is real potential to exploit it.”

“Scotland’s potential is unrivalled – we enjoy Europe’s largest tidal energy resource and ten per cent of its wave energy potential. Our European Marine Energy Centre has been an outstanding success, with testing facilities fully occupied and there are plans for 1.6 Gigawatts of commercial wave and tidal arrays around Scotland.

“We have put in place an £18 million fund to improve wave and tidal capability and infrastructure and help fund the roll-out of marine arrays, while our £10 million Saltire Prize is driving innovation in new marine energy technologies.

“We now need the European Commission to give marine energy its complete financial backing, under the Strategic Energy Technology Plan, to enable Scotland’s vast ocean energy resources to connect to the mainland European market and help the Commission achieve its energy infrastructure priority of a Northern Seas Offshore Grid.”

“Marine energy represents a unique opportunity for the future supply of renewable energy – but also for the creation of many thousands of highly skilled and sustainable jobs. Europe has an enormous marine energy resource and it is vital that the European Commission provides the support necessary to accelerate the commercial development of this vitally important sector.”

Hon John Shimmin, Minister for Economic Development in the Isle of Man said:

“The Isle of Man owns the territorial sea up to 12 miles from its shoreline with more than 87% of its territory, therefore, comprising the marine environment. This area in the middle of the Irish Sea, with an excellent tidal resource, represents significant opportunities for future marine renewable energy generation. The Isle of Man has the potential to be a major net exporter of renewable energy to the UK and Europe assisting our neighbouring jurisdictions to meet their renewable energy targets.”

Arlene Foster, the Minister of Enterprise, Trade and Investment in Northern Ireland said:

“Northern Ireland can offer the marine resource, excellent University and research facilities, a strong engineering tradition and first class ports and harbours. Companies such as Harland & Wolff and the Belfast Harbour Commissioners have identified the key opportunities and are already capitalising on Northern Ireland’s strong position. Northern Ireland’s Development Agency, Invest NI, and other public authorities are working together to maximise the return to the local economy from the sector. Much work continues in identifying, promoting and developing supply chain opportunities and in attracting inward investment.

We need the European Union to recognise the potential of marine energy so that EU member states can become world leaders in these technologies and benefit from the green economy.”

The British-Irish Council was created under the Agreement reached in the Multi-Party negotiations in Belfast in 1998, to promote positive, practical relationships among its Members. Its Members are the governments of Ireland, Britain and the Devolved Administrations of Northern Ireland, Scotland and Wales, and the Crown Dependencies of Jersey, Guernsey and the Isle of Man.

In 2009, the Council agreed to establish an energy workstream comprising 2 distinct elements – marine renewables and electricity grid issues. The workstream groups comprise senior officials from all members of the Council and the meetings provide an excellent forum within which the various Administrations can update each other on workstream activity, plans and progress. 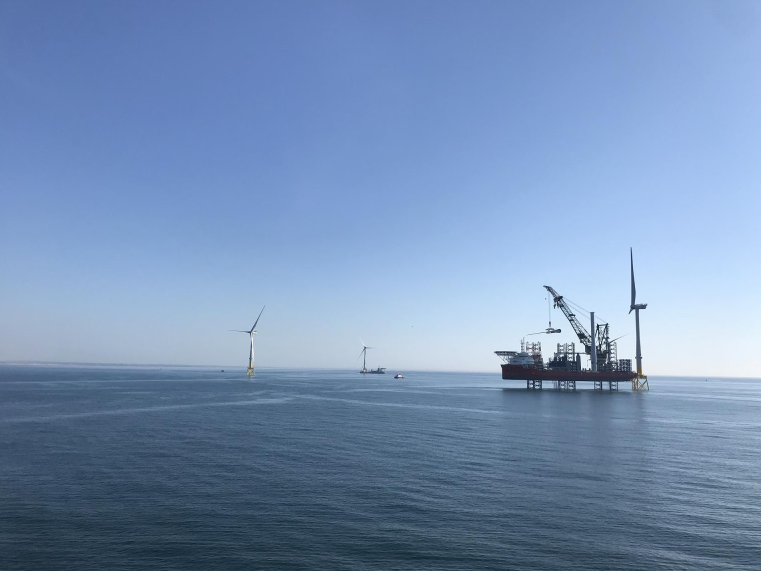