Scottish boatbuilder, Buckie Shipyard on the Moray Firth have entered an agreement with Veecraft Marine of Capetown SA to be the UK builder of the Teknicraft design of Wind Farm Service Vessels. The design is a foil assisted catamaran using the proven hull form by Nic de Waal of the New Zealand firm Teknicraft Design, to which Veecraft have the European marketing rights.

Buckie Shipyard have been working with Teknicraft on several variations of the concept of this aluminium catamaran for various sectors of the commercial Marine industry, from patrol boats to crew transfer to leisure craft, as they expand their aluminium boatbuilding section of the business.

This new design is for a 20m High Speed Service Catamaran for the transfer of personnel and equipment to offshore wind farms. The vessel will carry 12 passengers and up to 5 tonnes of cargo (three tons on the foredeck). The vessel will provide fast and efficient running at cruising speeds and loitering, cruising speed of approximately 27 knots and sprint speed of up to 35 knots.

The hull is well proven and is designed for maximum fuel efficiency with good sea keeping and roll damping qualities. The hull form is a semi-planing type catamaran. It employs a combination of symmetrical and asymmetrical sponson shapes, thereby combining the attributes of both shapes in one hull. The symmetrical bow-section ensure directional stability in short swell conditions and following seas, whilst the asymmetrical amidships and aft sections ensure softness of ride and reduced wetted area which enhances comfort and economy.

The hull will be fitted with an adjustable hydrofoil system. The hydrofoil will not protrude below the lowest point of the hull, thereby reducing vulnerability to damage to be no more than the hull itself.

Buckie Shipyard will be exhibiting at EWEA Offshore Wind 2011 in Amsterdam on stand 9106, where video footage of Deodar lll, a similar vessel used by the New Zealand police can be seen. Colin Taylor Director & General Manager of Buckie Shipyard will be on hand to discuss further the details and the build slots available for these vessels for 2012 delivery. 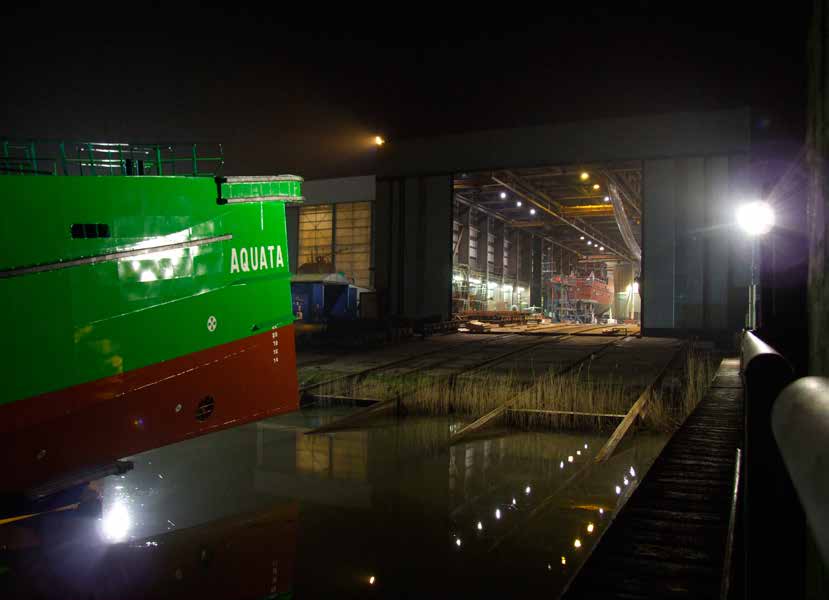