Today, eight builders and operators of German offshore wind farms have concluded a joint venture agreement under the umbrella of the German Offshore Wind Foundation. The aim is to research and develop the efficiency of various noise reduction methods in the construction of offshore wind farms.

The following companies are involved in the project:

The project is planned to be managed by RWE OLC, the offshore logistics subsidiary of RWE Innogy, and the programme has been scheduled to take eight months. The costs are expected to be approx. €3.9m and will be borne equally by all the joint venture partners. A sponsorship application has also been submitted to the German Federal Environment Ministry.

The offshore field trial should be held in the Baltic Sea, near Travemünde. Five different methods are planned to be tested, exploring ways to reduce the spreading of underwater noise (further details of each method can be found at www.offshore-stiftung.de). The tests, which will follow four months of preparation, could probably be held as early as August this year. They will be conducted under the same conditions, at Brodtener Pfahl, a pile near Brodten. This will ensure the comparability between the various series of measurements and test results. At stage one, a suitable noise measuring system will be set up by ITAP, the Institute of Applied Physics in Oldenburg, in co-ordination with the Federal Maritime and Hydrographic Agency, the approving authority for offshore wind farms in Germany.

Offshore wind power plays a major role in the energy scheme of the German government. So far nearly 30 wind farms have been approved, and several others are being planned. Unlike other European countries, Germany prefers to build such facilities quite a long way off the coast. The foundation needs to be anchored firmly in the ground, using steel piles, and the resulting noise needs to be reduced, particularly with a view to offering better protection for porpoises during the building phase of such offshore wind farms.

One special feature of this project is the inclusion of the greatest possible number of German offshore planners and operators to make the benefits accessible to the entire German offshore industry. Having analysed the readings, the joint venture partners will provide all project partners with the final report, which will include their recommendations for each of the technologies. This will also benefit licensing authorities and manufacturers of noise protection systems. Numerous workshops will be held, explaining the results and discussing the further procedure.

As this is a specific German issue, there are currently no effective measures for the reduction of impact noise that might be integrated into complex installation logistics. In other European countries, where large numbers of offshore wind farms have already been built, the relevant licensing authorities simply require applicants to ensure that sea mammals are kept temporarily at a distance. Using sonar buoys – so-called pingers – acoustic signals are emitted before the installation of the foundation, ensuring that sea mammals are kept at bay. Whale watchers then monitor the area around the construction project and provide feedback on the effectiveness of the pingers. Moreover, during the piling process, a “soft start” ensures that fish and porpoises are kept at a distance from the project area. 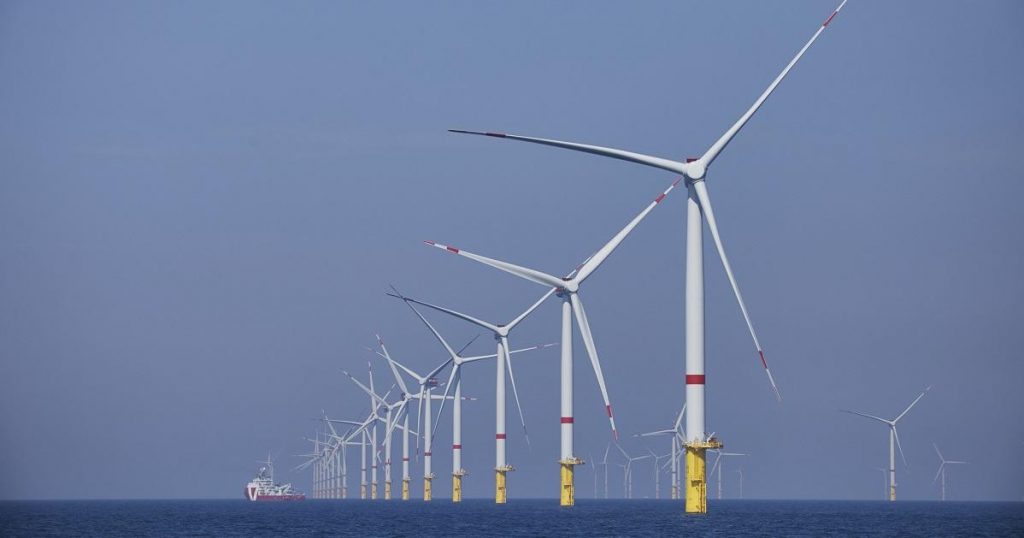