HVC, the Alkmaar-based energy provider to municipalities and water districts, is acquiring a 15% interest in the 600 MW BARD-Nederland wind farm in the North Sea located 55 kilometres to the northeast of Schiermonnikoog. The deal was announced today by HVC General Manager Wim van Lieshout and Typhoon Offshore board member Dirk Berkhout, who has responsibility for the wind farm’s financing and contracts.

With this involvement, the first stone has been formally laid for the financial foundations underpinning the BARD-Nederland wind farm. HVC is clearly expressing its confidence in the future of the offshore wind farm.

According to Dirk Berkhout, ‘Investors will see a quicker return on their investment in this wind farm than is normally the case, and that return will also be higher than usual. That is the result of a new financing framework we’ve developed. The effect has been to lower the cost of financing. Consequently, among other things, it will be possible for more parties with an interest in sustainable energy to acquire a stake in our offshore wind farm. A prime example is HVC, which is a public utility serving the interests of municipalities and water districts.’

‘We are currently engaged in discussions with other parties, including, for example, financial institutions and publicly traded corporations. We are seeing heightened interest in the possibilities of investing in this new wind farm. For the time being, our project offers the last opportunity to invest in a wind farm in the Dutch portion of the North Sea.’

‘Our participation in the BARD-Nederland wind farm is consistent with our goal of contributing to a sustainable society and supporting municipalities and water districts in their efforts to meet their climate objectives,’ says Wim van Lieshout.

‘It is quite likely that there will be additional public participation in the wind farm,’ he continues. ‘A number of public parties have expressed their interest to me in participating in the project. They see an investment in an offshore wind farm as a way to achieve their climate objectives sooner and more easily. As a public utility in the field of sustainable waste management and energy production, HVC produces 500 GWh of sustainable electricity from waste, enough to supply the needs of 145,000 households. At the end of 2010, we acquired a small interest in an offshore German wind farm. With our share in this 600 megawatt Dutch offshore wind farm, we are doubling our annual production of sustainable energy. Savings on CO2 emissions are even greater.’

By providing a way for municipalities and water districts to collaborate with public utilities, HVC seeks to help participating governments to achieve their objectives in the area of sustainable waste management and energy production.

HVC is owned by 52 participating municipalities in North Holland, Flevoland, South Holland and Friesland and five water districts: Delfland, Rijnland, Rivierenland, Schieland and de Krimpenerwaard, and Hollandse Delta. HVC is engaged in sustainable waste management and green energy production on behalf of these shareholders. Those activities are carried out according to the wishes and needs of the shareholders. To that end, HVC constantly strives to achieve an optimal balance between sustainable business operations and costs.

Typhoon Offshore B.V. is a green investment company specializing in the construction of offshore wind farms in the North Sea. Typhoon Offshore is managing the structuring and financing of the BARD-Nederland wind farm, 55 kilometres northeast of Schiermonnikoog.

The Typhoon Offshore team previously oversaw the arrangements for the construction of the Belwind and Princess Amalia wind farms. Typhoon Offshore is a subsidiary of Typhoon Capital BV, which was established in 2009 by Dennis Lange and Dirk Berkhout. 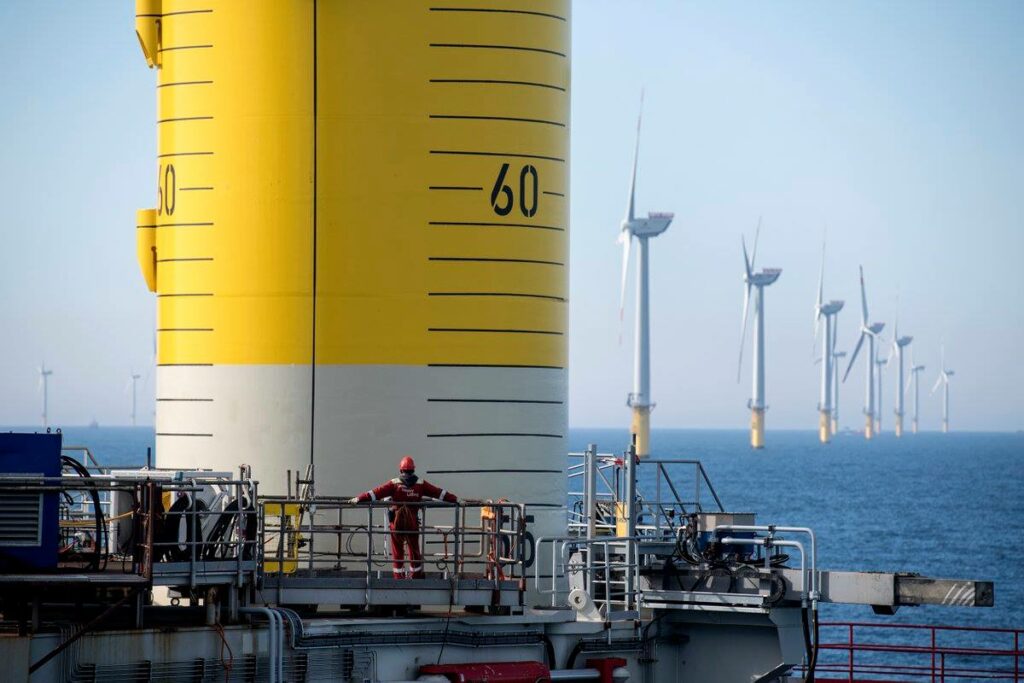