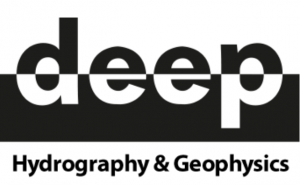 At Deep Hydrography & Geophysics (DEEP) we specialise in the acquisition and reporting of high-quality seabed and sub-seabed survey data. With more than 20 years’ experience in the industry we offer services including seabed mapping and marine geophysics, positioning services, unexploded ordnance (UXO) detection surveys and cable and pipeline inspections. Besides high-quality data, charts and reports our core values are excellent client relations and a flexible & cost-effective approach to projects. We operate globally and our surveys are executed with our own equipment and own or chartered vessels which allows us to be flexible and to offer tailored solutions to the requirements of our customers.

In relation to the offshore wind sector, DEEP has provided survey services:

• For a total 36 offshore windfarms

Deep B.V. in the news

Categories:
Posted: about 1 year ago
Posted: over 2 years ago

Deep BV has secured an operations and maintenance contract for subsea surveys at the Gemini offshore...