The Orkney-based EMEC concluded the concept design for a new floating offshore wind test and demonstration site in 2022 and is aiming to secure a lease for a 100 MW site some 20 kilometres west of Orkney.

”The UK Government set very clear ambitions of 5 GW floating offshore wind by 2030 with estimates that could deliver a GVA of £43.6 billion to the UK. The development of a floating wind test site aligns with the British Energy Security Strategy which outlines a clear need for continued support for R&D to drive through the commercialisation of technologies, bring down costs and provide assurance to investors regarding the viability of an emerging technology,” Matthew Finn, Commercial Director of EMEC, said.

EMEC’s proposed test site will comprise six individual berths and accommodate floating offshore wind turbines of up to 20 MW rated capacity. Four of the six berths will be grid-connected, while an additional two berths will be reserved for power-to-X applications.

The site will offer floating wind developers the opportunity to prove performance and de-risk technologies in energetic metocean conditions, typical of ScotWind, Celtic Sea, Californian, and other commercially leased projects.

Independent analysis by BiGGAR Economics calculates that the proposed demonstration site has the potential to generate GBP 690 million gross value add (GVA) to the UK economy, GBP 442 million of which will accrue in Scotland.

BiGGAR’s economic impact analysis considers the full floating offshore wind value chain, from construction and development of the site through to operation and client demonstration activities.

The study anticipates the facility will create 4,160 new jobs in the UK, 2,220 of which will be in Scotland, during its expected 25-year lifetime.

”EMEC’s floating wind test site has been designed specifically for floating wind developers to de-risk their technologies, putting turbines, floating structures, moorings and other components to the test in an energetic offshore environment. This will enable performance to be refined on a wide range of floating wind technologies prior to scale-up through ScotWind and beyond,” Finn said.

Built into the development of the test site is a collaboration with Xodus Group’s X-Academy which will offer people the opportunity to retrain or skill up through hands-on involvement in projects at the centre, helping to develop specialised expertise for the floating wind industry.

”The BiGGAR Economics impact assessment of EMEC’s proposed offshore floating wind test facility sets out the substantial economic benefits that the facility itself would generate for the Scottish economy, more than £440 million over its lifetime. It also highlights the strategic economic role the centre will play, providing a real-world testing and demonstration facility, encouraging innovation and accelerating deployment of floating offshore wind,” Graeme Blackett, Director of BiGGAR Economics, said. 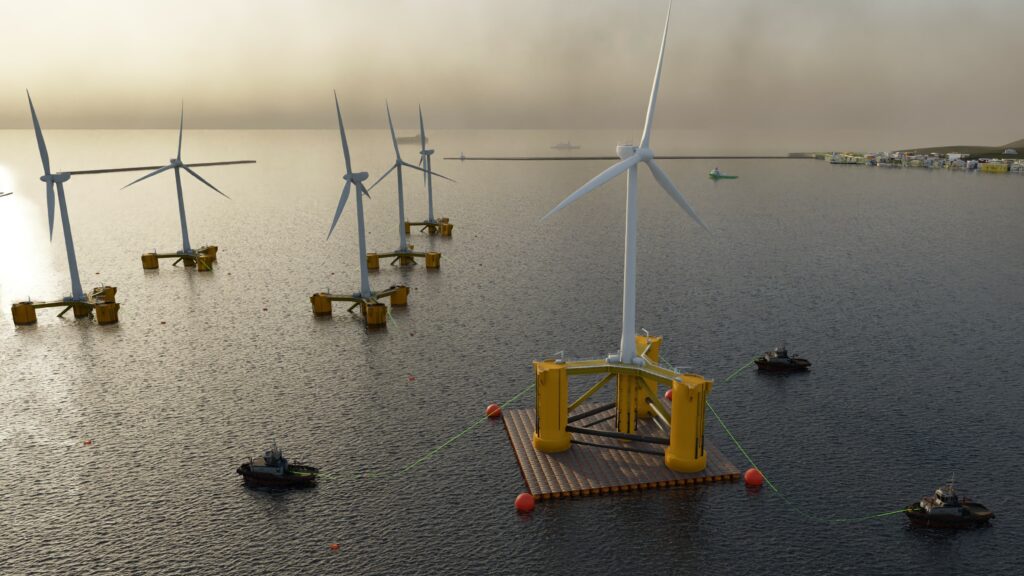