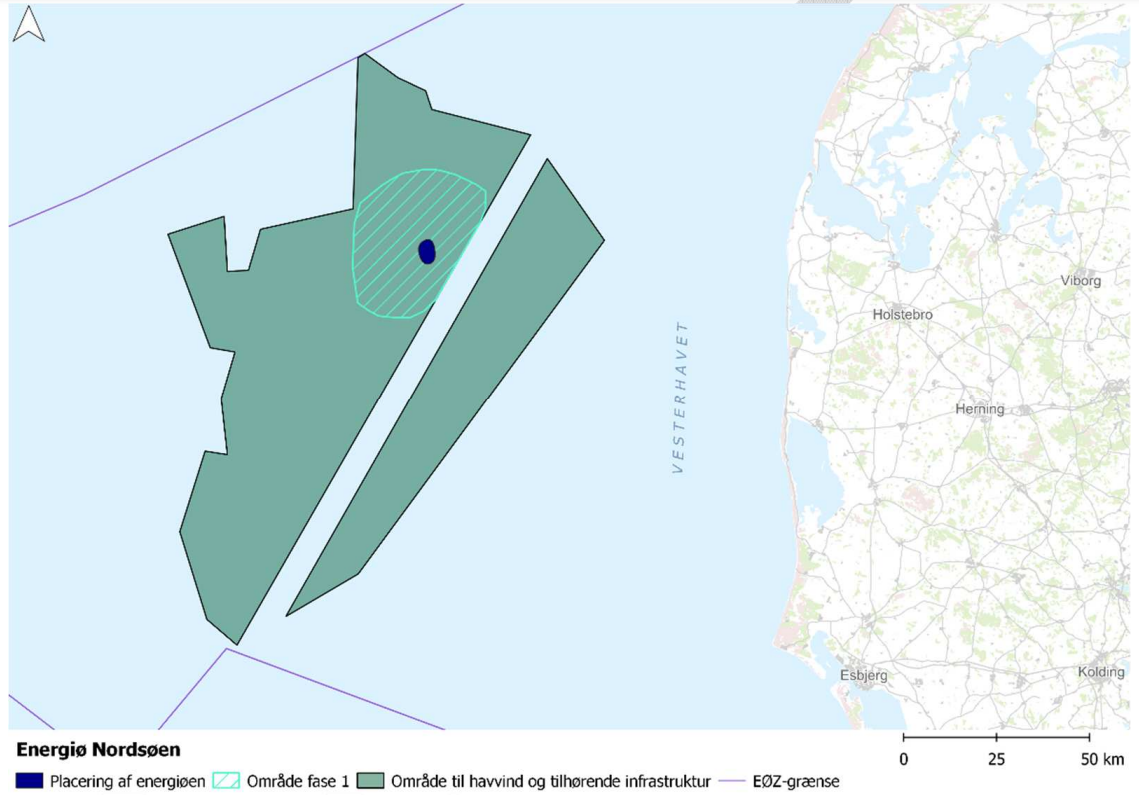 The Danish Energy Agency (DEA) has opened public consultation in relation to the environmental assessment (EA) for the North Sea Energy Island.

The DEA has invited citizens, companies, authorities, and others with an interest in the future energy island in the North Sea to submit proposals and ideas for topics that they would like to see covered in the environmental assessment of the plans for the energy island.

The consultation runs from 22 August to 26 September 2022. In connection with this, the Danish Energy Agency is hosting a dialogue meeting on 6 September.

The establishment of an artificial energy island approximately 100 kilometres off the west coast of Jutland will be one of the largest construction projects in Danish history, according to the Danish Energy Agency which is at the head of the development plan.

“The environmental assessment process is an important step in the realisation of the North Sea Energy Island, which marks a new era for the production of energy from offshore wind on an unprecedented scale, which in turn will have great significance for the green transition and the phasing out of fossil energy sources in both Denmark and Europe“, said Mogens Hagelskær, deputy director of the Danish Energy Agency responsible for the energy islands in Denmark.

“We are thus dealing with a ground-breaking construction project, where it is important to get input from as many people as possible”.

The political agreement on the construction of an energy hub in the Danish North Sea was reached in February 2021, with an aim of installing 200 wind turbines with a combined capacity of 3 GW in the first phase of the project (by 2033) and expanding this to 10 GW in the second phase (by 2040).

The technical concept for the Energy Island also aims to create a flexible solution that offers the opportunity to combine the advantages of a dammed island and associated platforms, without limiting the possibilities for innovative activities such as Power-to-X.

The idea behind the flexible, enclosed island is to realise the island quickly using well known technology, while at the same time leaving plenty of opportunity for innovative and flexible solutions, according to Sweco, the engineering consultancy the Danish Energy Agency recently appointed as the adviser on the North Sea Energy Island for the next nine years.

The tender to build the North Sea Energy Island is expected to be announced in September 2023, twelve months later than initially planned, as the Danish Energy Agency wants to perform more preparatory work after receiving feedback through market dialogues it held so far.

The DEA said it had listened to the input from the private players who participated in the two market dialogues held in 2021 and who offered innovative solutions for how to best design the energy island in the North Sea, and which business model best equips the concept for the future.

The further work with the island’s business model and technical concept focuses on the flexible island concept in order to reap Denmark’s offshore wind resources in an optimal way, the DEA said last month.