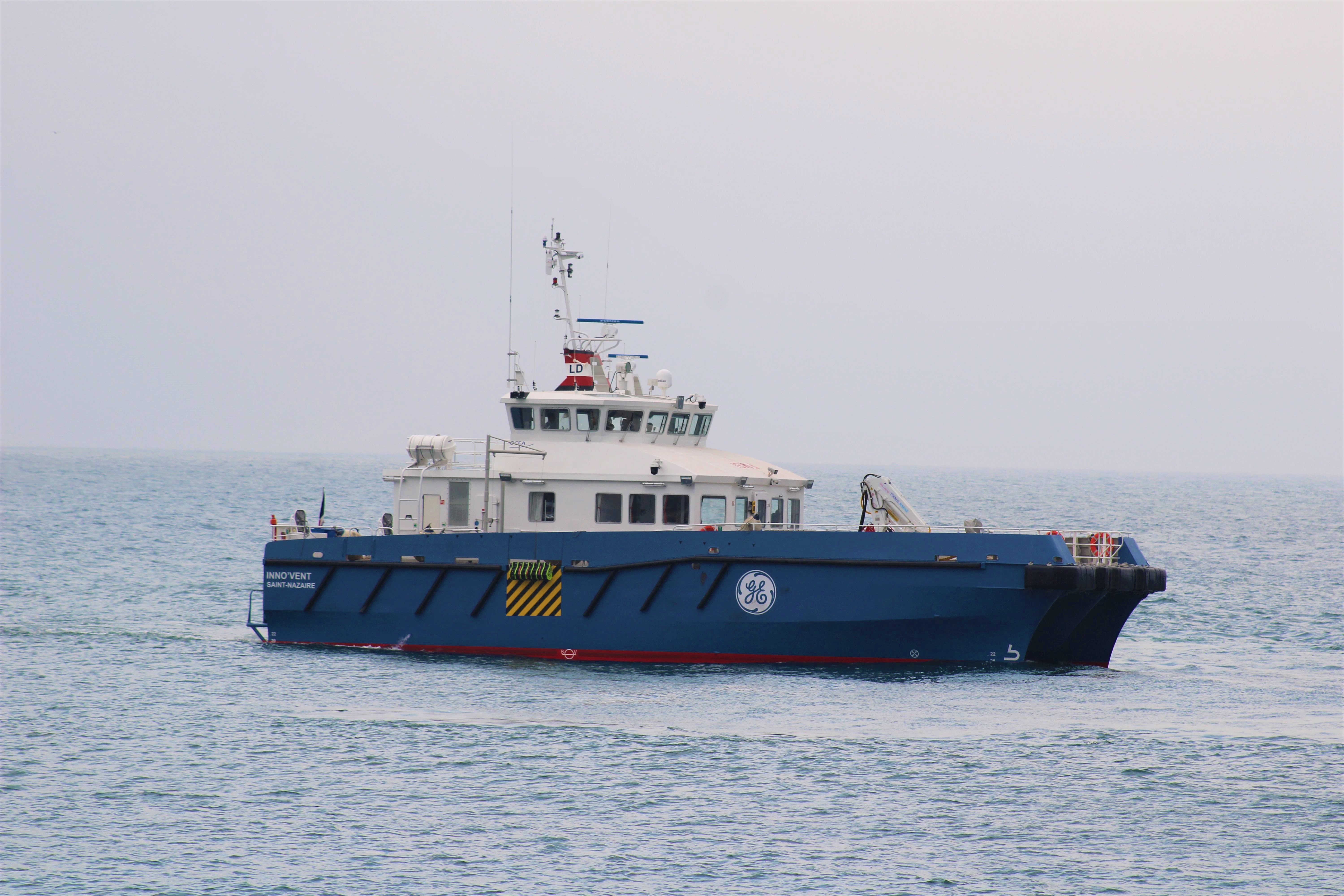 GE Renewable Energy has taken delivery of its first of two crew transfer vessels (CTVs) dedicated to the operations and maintenance of the Saint-Nazaire offshore wind farm.

The announcement was made by Louis Dreyfus Armateurs (LDA) and Tidal Transit which were selected by GE Renewable Energy in December 2020 to provide two CTVs for the offshore wind farm.

The vessel, named Inno’vent, is the first CTV entirely designed and built in France, LDA said.

The CTVs will sail under the French flag and will transfer technicians and their equipment between the coast and the wind farm for the maintenance of the turbines.

Both vessels are equipped with batteries, which allow them to operate in hybrid mode, and are outfitted with a foil to reduce fuel consumption and their environmental footprint.

The launch of the first CTV took place in April, with representatives of the French shipyard OCEA, GE Renewable Energy, EDF Renouvelables, and LDA in attendance.

EDF Renouvelables, one of the developers of the Saint-Nazaire offshore wind farm, has also placed an order for a third CTV sistership, which is expected to be delivered in the fall in La Turballe, France.