On 7 August, the US Senate passed the Inflation Reduction Act of 2022, a legislative package resulting from the initially introduced and (re)negotiated Build Back Better Act, which encompasses provisions on climate and energy transition, taxes, and healthcare.

The legislation will, among other things, mobilise USD 369 billion to be invested in clean energy, energy security, energy transition, and climate change programmes over ten years with an aim to reduce greenhouse emissions by 40 per cent until 2030.

It also calls for comprehensive permitting reform legislation to be passed before the end of the fiscal year, to unlock domestic energy and transmission projects, which will lower costs for consumers and help the US meet its long-term emissions goals.

This includes offshore wind development and transmission projects related to this energy infrastructure, including interconnections.

The Act also amends the law on credit for renewable energy sources and extends credit for electricity produced from renewables, and establishes an advanced manufacturing credit that includes offshore wind farm components.

The Inflation Reduction Act also includes credits for the production of clean hydrogen for projects whose construction will begin before 31 December 2028.

In his statement following the the legislation clearing the Senate floor, US President Joe Biden said the bill “makes the largest investment ever in combatting the existential crisis of climate change”.

“It addresses the climate crisis and strengthens our energy security, creating jobs manufacturing solar panels, wind turbines, and electric vehicles in America with American workers. It lowers families’ energy costs by hundreds of dollars each year”, President Biden said and added that, under the new Act, all this will be paid by establishing a minimum corporate tax so that the richest corporations start to pay their fair share.

The Act now has to be signed by the President himself to be enacted into federal law.

“The Senate’s passage of the Inflation Reduction Act is a watershed moment in America’s renewable energy transition”.

– Liz Burdock, President and CEO of the Business Network for Offshore Wind.

According to Liz Burdock, President and CEO of the Business Network for Offshore Wind, the legislative package sends a message to the world that the US is serious about bolstering supply chain resiliency, increasing its energy security, and reaching its goal to deploy 30 GW of offshore wind capacity by 2030.

“The bill’s $40 billion investment in domestic clean energy manufacturing and shipbuilding is an important down payment that will unleash the vast potential of offshore wind and localize a supply chain on American shores creating thousands of good-paying jobs. Today’s vote represents a momentous leap forward, but the work is not done—the House must act swiftly to send this legislation to President Biden’s desk”, Liz Burdock said.

“This is the vote heard around the world. It puts America on a path to creating 550,000 new clean energy jobs while reducing economy-wide emissions 40% by 2030.  This is a generational opportunity for clean energy after years of uncertainty and delay”, said Heather Zichal, CEO of the American Clean Power Association.

“This unprecedented investment in clean energy will supercharge America’s clean energy economy and keep the United States within striking distance of our climate goals”.

The bill was passed after a 50:50 vote in the Senate, with all Democratic senators voting in favour of the bill and Republican senators voting against, and the deciding vote coming from the Vice President of the United States.

In its first iteration(s), while the legislation was moving through the congressional system as the Build Back Batter Act, the initiative was deemed unlikely to have all the Democratic senators on its side as Senator Joe Manchin had voiced his opposition to the previous proposals, citing some of the climate and tax provisions as well as costs of the country-wide measure.

Senator Manchin has now voted in favour of the amended legislation.

When it comes to the provisions on offshore wind, the Inflation Reduction Act makes hundreds of millions of US dollars available to governmental bodies to optimise and accelerate the processes behind bringing projects onto the grid.

The Act puts USD 100 million on disposal for the Secretary of Energy until 30 September 2031 to carry out activities related to the development of interregional electricity transmission and transmission of electricity generated by offshore wind.

This also involves a planned national transmission grid, which would include a “networked transmission system” to optimise the existing grid for interconnection of offshore wind farms.

The Maritime Administration will be assigned USD 600 million for the purposes of making grants for projects to support supply chain resilience, reduction in port congestion, and the development of offshore wind (available until 30 September).

Until 30 September 2031, the Secretary of Energy would also have a total of USD 2 billion available for purposes of providing grants and direct loans to build new, or make upgrades to existing, transmission lines or eligible interties, including the related facilities.

The grants and loans would be provided if it is deemed that construction or upgrade of this kind of infrastructure would support a more robust and resilient electric grid, and the integration of electricity from a clean energy facility into the electric grid, such as an offshore wind farm.

Furthermore, the Department of the Interior would have USD 100 million available (until 30 September 2026) to “provide for the development of more efficient, accurate, and timely reviews for planning, permitting, and approval processes” at its agencies, including the Bureau of Ocean Energy Management (BOEM).

For similar internal advancements, the Act allocates USD 125 million to the Department of Energy and USD 75 million to the Federal Energy Regulatory Commission, both pots to remain available until 30 September 2031.

The Department of Energy’s Office of Energy Efficiency and Renewable Energy (EERE) will have USD 1 billion available until 30 September 2026, to carry out demonstration projects, including those involving wind energy technologies. 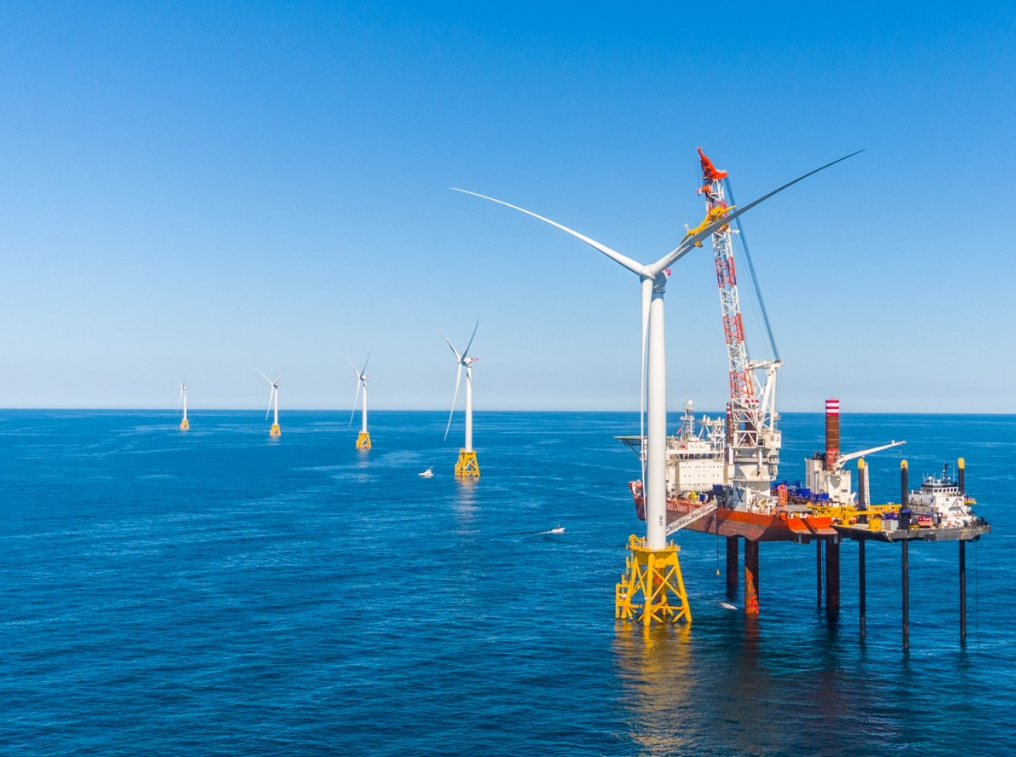