Ping Petroleum UK has brought some of the Arthurian legend into the offshore energy sector after renaming its floating production storage and offloading (FPSO) vessel Sevan Hummingbird to Excalibur.

The FPSO will be deployed at the company’s oil field in the UK Central North Sea which carries the same name as the island from the legend where the sword Excalibur was made, Avalon, where Ping’s Excalibur will be powered by offshore wind.

According to Tan Sri Syed Zainal Abidin Syed Mohamed Tahir, Group Managing Director of DNeX, the next step is to retrofit the FPSO with electrification capability to accommodate a dedicated floating offshore wind turbine purpose-built for Avalon’s requirement.

“The Excalibur can set the benchmark for a greener upstream operation with the deployment of a wind turbine technology that powers the entire production facility. This is a significant milestone for the Avalon Development and timely as we progressively move forward with the energy transition,” said Tan Sri Syed Zainal Abidin Syed Mohamed Tahir.

As reported earlier, under the agreement with Cerulean Winds, the floating wind company, with its consortium of Tier 1 industrial partners, will provide a large floating offshore wind turbine which will be connected to the FPSO via a cable.

Powering Excalibur with electricity produced by wind will remove up to 20,000 metric tonnes of CO2 emissions every year from the offshore production facility, the equivalent of taking over 4,000 cars off the road, according to Ping and Cerulean Winds.

As part of the agreement, Cerulean Winds has committed to fully manufacturing and assembling the offshore wind turbine in the UK, with the project expected to realise between GBP 80-100 million in investment in the development and in the UK’s renewable energy supply chain.

DNeX, through Ping Petroleum UK, acquired a 100 per cent stake in the Avalon site in August 2021, with production expected to begin in 2025.

The proposed development concept for the plans has already been cleared by the North Sea Transition Authority (NTSA), and a field development plan is to be submitted later this year, when also the Final Investment Decision (FID) is expected to be made. 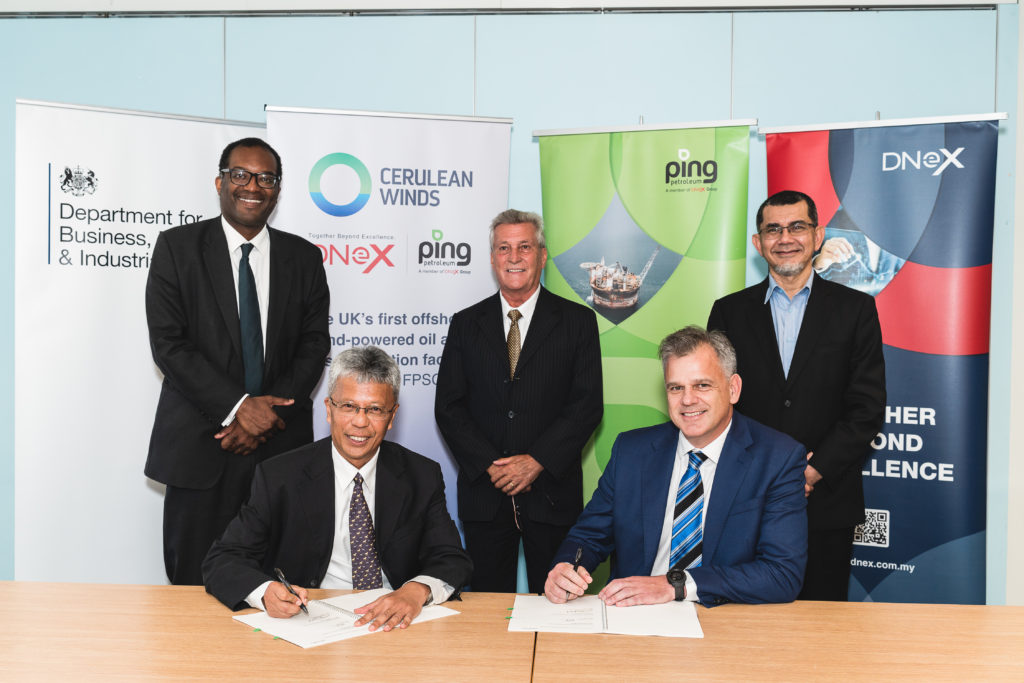