Global Maritime will provide Marine Warranty Survey (MWS) services across all aspects of the construction phase, including foundations, wind turbines, and inter array and export cables.

The floating wind farm, located off the coast of Leucate-Le Barcarès in the French Mediterranean Sea, has entered the construction phase, after having signed all the contracts for financing the project.

The developers of the project, Ocean Winds and the Banque des territoires, reached the final investment decision for the EFGL floating offshore wind farm at the beginning of this year, which allowed them to sign contracts with the main industrial and financial partners, and launch the project’s actual implementation phase.

At the beginning of this month, the developers announced KfW IPEX-Bank, together with Crédit Agricole CIB, Banco Santander, S.A., Mizuho Bank, European Investment Bank (EIB), and the Danish Export Credit Agency (EKF), had decided to finance the 30 MW pilot project.

The floating wind farm will consists of three 10 MW Vestas wind turbines installed on WindFloat foundations developed by Principle Power, with Euroports chosen to provide port services during the construction of the wind farm at the port of Port-La Nouvelle.

The wind farm is scheduled to be commissioned at the end of 2023 and will operate for 20 years. 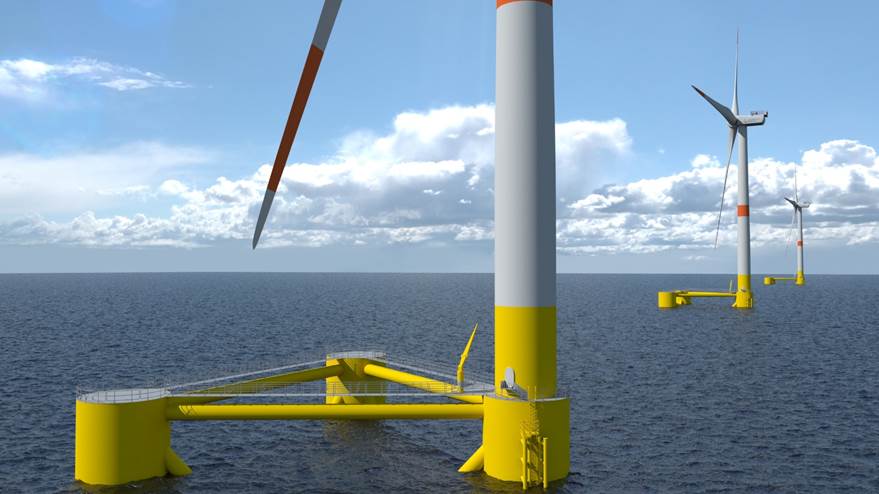