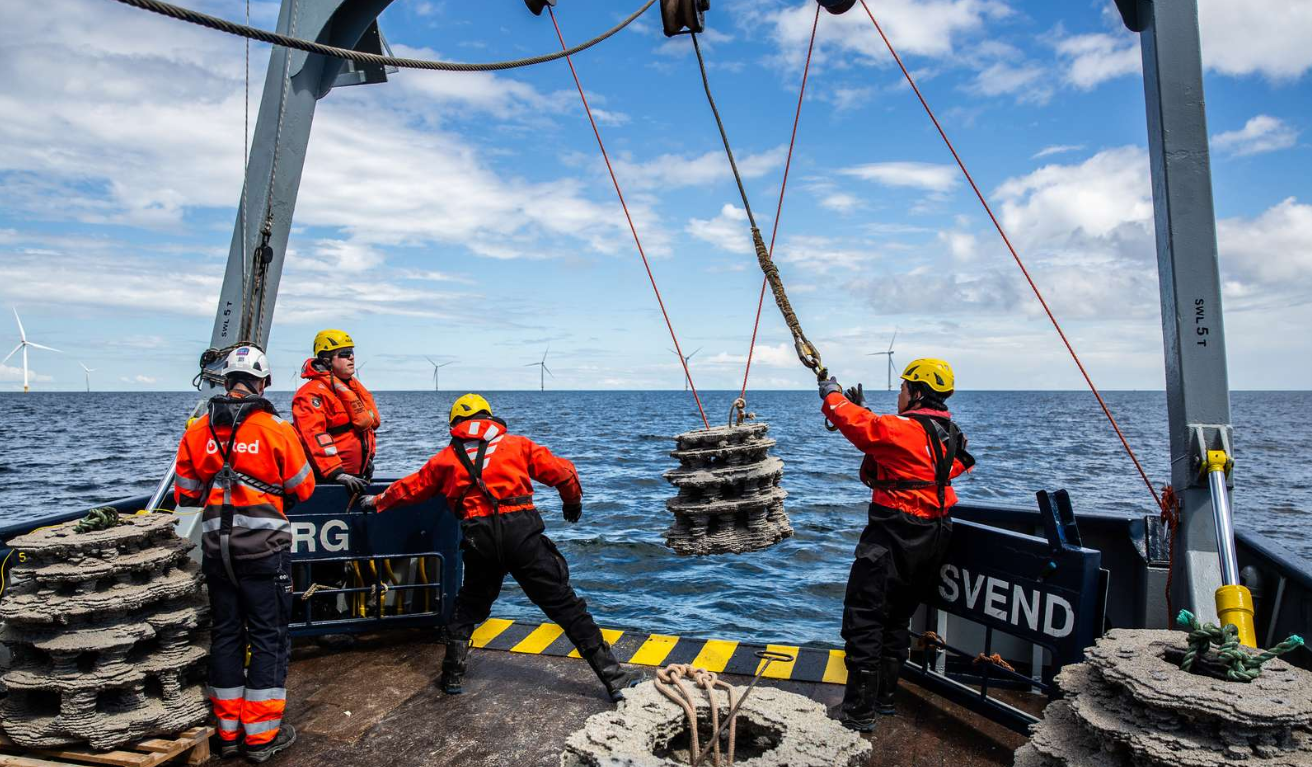 Ørsted and the World Wide Fund for Nature (WWF Denmark) are testing how 3D-printed reefs can benefit biodiversity in the Kattegat, a strait between Denmark and Sweden, which is experiencing a historically low cod stock, the Danish energy company said.

This is the first time 3D-printed reefs are used in Danish waters, and they will complement existing boulder reefs that Ørsted established when constructing the Anholt offshore wind farm in 2012-13.

Ørsted and WWF have deployed twelve 3D-printed reef structures on the seabed between the wind turbines at the 111-turbine Anholt offshore wind farm in the Kattegat, which is part of the Greater North Sea ecosystem.

Among other things, overfishing, increasing oxygen depletion, and habitat loss have resulted in a decline of the cod stock in the Kattegat for the past 20 years, which is now alarmingly low. This creates a negative domino effect in the Kattegat ecosystem, impacting biodiversity and the marine ecosystem’s resilience against climate-driven changes, Ørsted said.

The two partners behind the project hope that it will have positive effects on the Kattegat cod stock and in turn contribute to a healthier, more resilient marine ecosystem with improved biodiversity.

”As governments around the world are ramping up ambitious plans to grow renewable energy capacity, offshore wind will take up more space. At Ørsted, we believe action on climate and nature can and must go hand-in-hand, and this exciting project together with WWF Denmark is one of many we’re testing out globally to seek the best solutions to make our ambition of a net-positive biodiversity impact a reality,” Filip Engel, Vice President of Sustainability at Ørsted, said.

The 3D-printed reefs look like a wedding cake consisting of several levels that are connected to each other by hollows where fish can swim in and out of hiding places. At the same time, the structures themselves will provide surfaces and crevices where other organisms can attach. The reefs are about one cubic meter big and vary in width and weight to best imitate natural habitats and weigh up to half a ton.

Ørsted has seen how the boulder reefs that the company established when constructing the Anholt wind farm have become attractive oases for other marine species on an otherwise barren seabed. The expectation is that the new 3D-printed reefs can complement the stone reefs and will quickly become inhabited with life. WWF already has experience with 3D-printed reefs from a project in the Dutch part of the North Sea.

The project at Anholt is supported by PensionDanmark and PKA A/S which have a 30 per cent and 20 per cent share in the wind farm, respectively.

The project is part of a strategic partnership between Ørsted and WWF Denmark initiated in 2018. Its purpose has been to contribute to save the world’s climate-threatened wildlife and nature, while also engaging the Danish population in solutions to global warming and creating a society that runs solely on green energy.

Cod is an important top predator, meaning it preys on other marine species and thereby contributes greatly to maintaining the balance in the marine ecosystem. When cod gets greatly reduced in numbers, the abundance of their prey – such as the green crab – will grow. As a result, seagrasses decline because the crabs eat both the seeds of the eelgrass and many of the snails that themselves keep the eelgrass free from being overgrown with algae.

This is a problem, as eelgrass is itself of great importance for both biodiversity and the climate. It provides important habitats for marine life, such as juvenile fish, it produces oxygen, and it stabilises the seabed. Crucially, eelgrass also very effectively stores carbon in its root network, preventing it from ending up in the atmosphere and contributing to the global temperature rise.

Ørsted has set the ambition to create a net-positive biodiversity impact for all new renewable energy projects commissioned from 2030. Ørsted is working together with several ecology experts on different projects to restore and enhance biodiversity – such as Dutch ARK Nature in a pioneer project in the North Sea – and with two local wildlife trusts in a flagship project on the Humber estuary on the east coast of Northern England. The company also recently announced ReCoral by ØrstedTM, a world-first attempt at supporting coral reefs by growing corals on offshore wind turbine foundations in Taiwan. 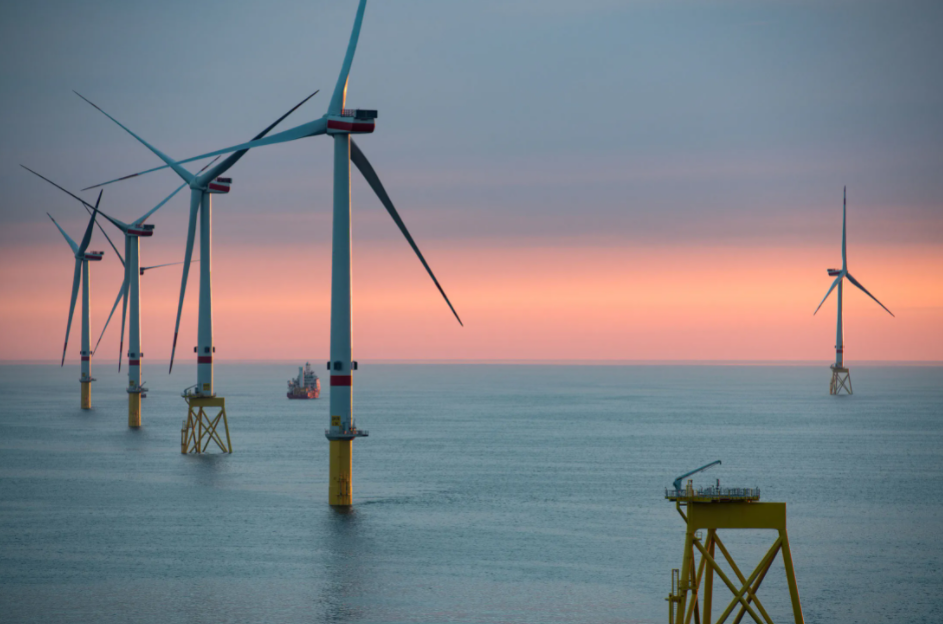