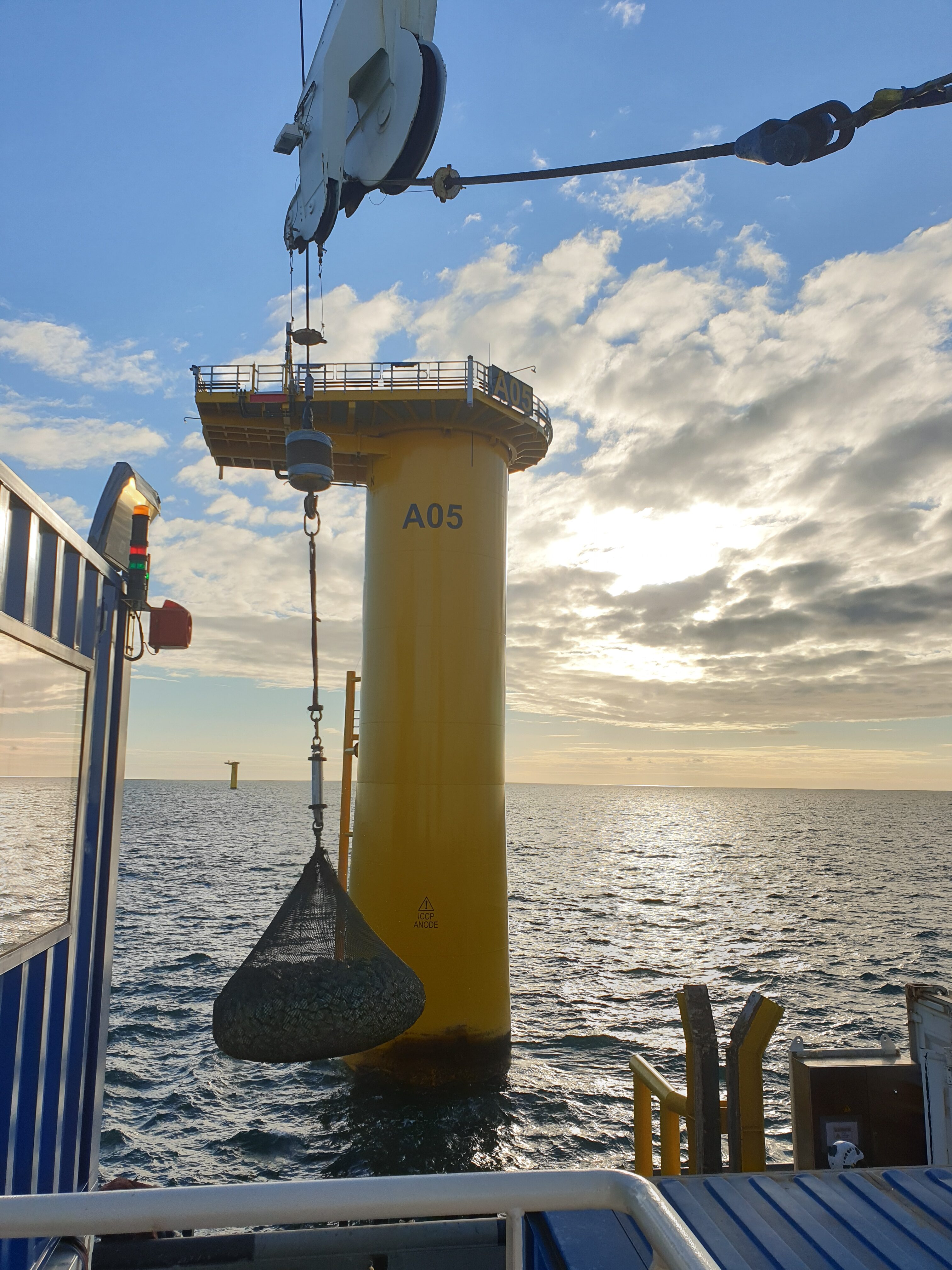 Saint Nazaire – an offshore wind farm being developed in the Loire-Atlantique region of France and owned by EDF Renewables and EIH S.à r.l. (a joint venture between Enbridge and the Canada Pension Plan Investment Board) – will deploy the sustainable Rockbags for cable protection while also protecting and stabilising sections of the cable.

Ridgeway said EMF selected Rockbags as the method for cable stabilisation and protection at the Saint-Nazaire offshore wind farm in 2021, leading to the appointment of Ridgeway as the preferred supplier and now the order, for which Ridgeway says was secured through its European distribution partners.

“The Rockbags are ideal for stabilising our cable. Having the rocks of this size in the bags it envelops the cable and CPS nicely without having to dump a huge number of rocks. The Rockbags together with the crane, beacon and ROV give us a precision stabilisation of the cable with a minimum of materials installed on the seabed”, said Rolf Slomp, Offshore Installation Manager at Louis Dreyfus Travocean (LDTVO).

Back in September 2018, a consortium of LDTVO and Prysmian officially secured a contract for the supply and installation of inter-array cables at the France offshore wind farm.

LDTVO installed 20 out of the 80 inter-array cables on the rocky bottoms of the Guérande bank during the first installation campaign while the second campaign started in mid-March.

The inter-array cable installation is carried out by the cable-laying vessel Olympic Triton, accompanied by the support ship Wind of Pride, and the personnel transfer ship HST Sofia.

The Saint-Nazaire offshore wind farm, also known as Parc du Banc de Guérande, will comprise 80 GE Haliade 150-6MW turbines, the first of which was installed a couple of months ago.

Once commissioned by the end of this year, the offshore wind project will become the first commercial-scale wind farm installed in French waters.