Shell, ScottishPower Begin Next Chapter of Their 5 GW Floating Wind Story in Scotland

Shell and ScottishPower have signed option agreements with Crown Estate Scotland for their two floating wind farms that have a combined capacity of 5 GW. ScottishPower also has a third, bottom-fixed offshore wind project that secured seabed lease rights in the ScotWind leasing round.

The floating wind farms, the 3 GW MarramWind and the 2 GW CampionWind, are located off the east and north-east coasts of Scotland, respectively, and are being delivered through two 50/50 joint ventures between Shell and ScottishPower, MarramWind Limited and CampionWind Limited.

The two projects, which will be among the world’s first commercial-scale floating offshore wind farms, will be using “innovative technology to install turbines further from shore”, according to the developers, who told offshoreWIND.biz at the beginning of this year that more information about this would be released in due course.

In January, when the projects won the seabed leases, the developers said the two joint ventures had already started initial development planning and would continue to work at pace towards final investment decisions.

“Having signed option agreements with Crown Estate Scotland, a top priority is how the planning phase can be streamlined as much as possible to accelerate the delivery of 5GW of floating offshore wind power. This is another step in helping to provide more, cleaner power to homes and businesses”, said Hessel de Jong, Shell General Manager Europe for Offshore Wind.

Once operational, the two floating wind farms will be capable of bringing clean energy to power the equivalent of 6 million homes in Scotland, more than double the number of homes in Scotland today.

“Offshore wind is exactly what’s needed to get more clean, green homegrown electricity on to the grid, so we can reduce our dependency on gas and reach net zero”, said Charlie Jordan, ScottishPower’s Offshore Wind Director for the UK and Ireland.

“The signing of our ScotWind option agreements also gives us the green light to push on with our ambitions to deliver jobs and investment for local people, businesses and the supply chain across the country – creating a new global industry from right here in Scotland”.

Last month, ScottishPower and Shell announced an investment of GBP 75 million (approximately EUR 90 million) into Scottish supply chain. The funds are designed to help create new offshore wind capability in Scotland that would not otherwise be possible.

The news on the signing of the option agreements for 5 GW of floating wind comes shortly after Shell announced plans to invest up to GBP 25 billion (approximately EUR 30 billion) in the UK energy system over the next ten years, with more than 75 per cent of the total investment going into low and zero-carbon products and services, including offshore wind, hydrogen and electric mobility. 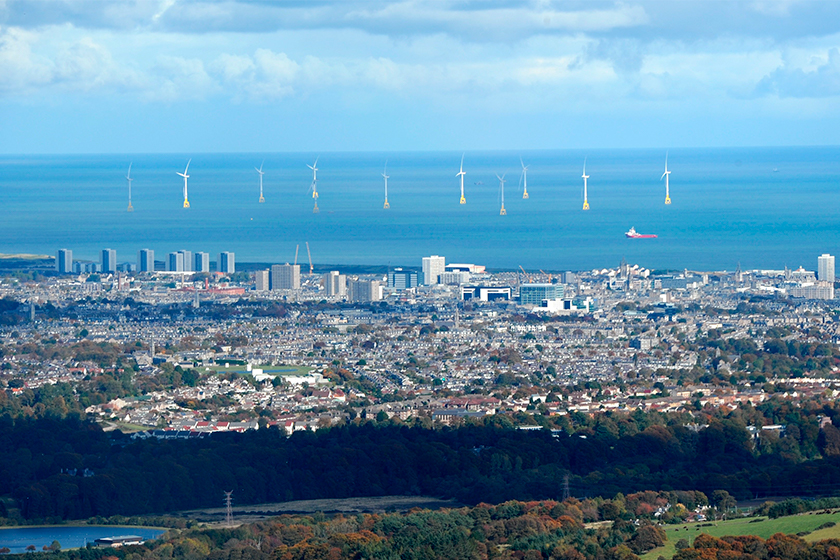