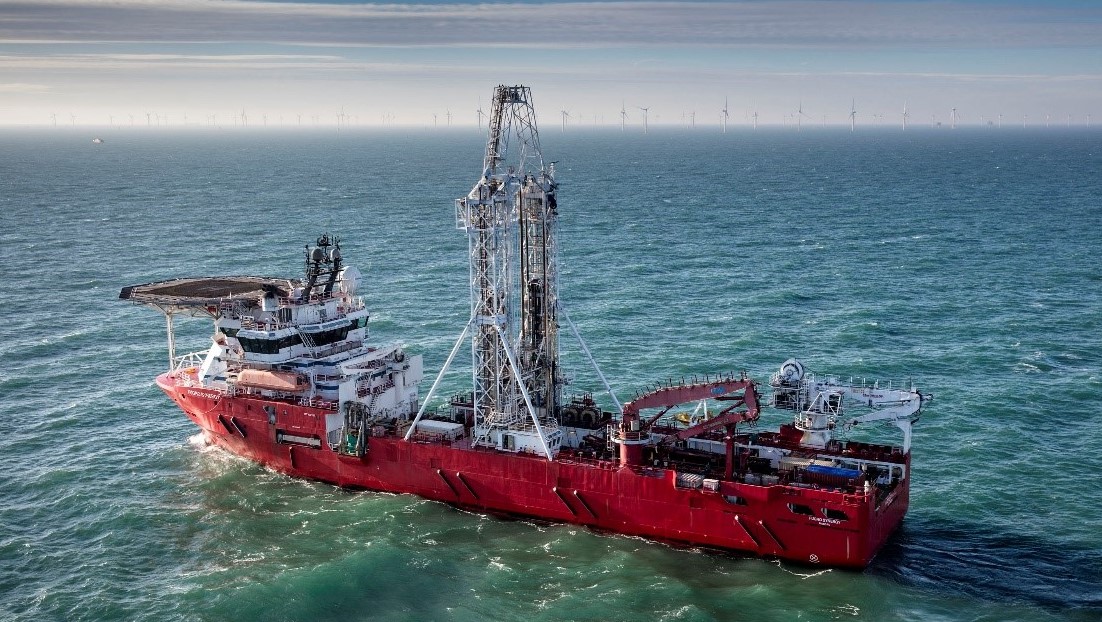 Fugro has won a contract with BP and EnBW to carry out a geotechnical site investigation campaign at the Morgan and Mona offshore wind projects in the Irish Sea.

Fieldwork will run from May to September at the site located approximately 30 kilometres off the coast of North Wales and North West England in an area known for its severe currents and challenging offshore environment, Fugro said.

Fugro Synergy and the Normand Mermaid will be used for the geotechnical investigations.

The operations will also include the use of Fugro’s SEACALF Mk V Deepdrive system for seabed cone penetration tests (CPTs), as well as the SEADEVIL for vessel-based and seafloor downhole testing.

After the fieldwork, an extensive laboratory testing programme will be delivered by the company’s in-house laboratory engineers, allowing all samples to be analysed for foundation designs.

According to Fugro, using the mentioned innovative equipment will ensure efficient operations and can reduce carbon emissions by up to 40 per cent when compared to traditional inspection methods.

“With this Geo-data, bp and EnBW will be able to effectively guide the planning, design and installation of the Morgan and Mona wind farms – critical assets to achieving sustainability targets and delivering green electricity to the region.”

BP and EnBW won lease rights for the two offshore wind sites in the UK Round 4 leasing at the beginning of 2021.

The two sites offer a combined potential generating capacity of 3 GW, the maximum award possible under the rules of the leasing round, and a 60-year lease life.

Previously known as Yellow North and Yellow South, the offshore wind projects will be able to produce enough electricity to power the equivalent of approximately 3.4 million UK households.