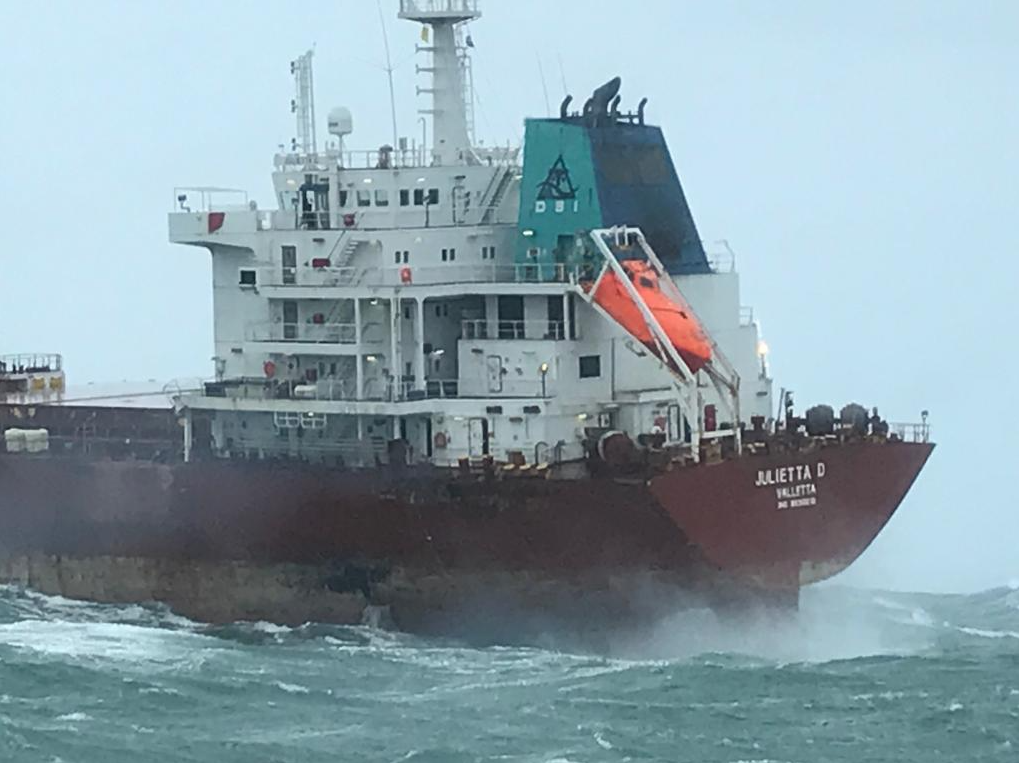 A rudderless cargo ship is drifting around the Hollandse Kust Zuid offshore wind farm in the Dutch North Sea following a collision with an oil and chemicals tanker in heavy seas in the anchorage area near IJmuiden on Monday, 31 January, the Dutch Coastguard said.

In one of its most recent updates on the incident, Kustwacht Nederland said that the out-of-control bulk carrier, Julietta D, allided with a foundation of a platform which has yet to be installed.

The extent of the damage to the foundation is still unknown, Kustwacht Nederland said.

The crew of 18 onboard Julietta D has been airlifted. The vessel is taking on water.

The situation onboard the oil and chemicals tanker, the Pechora Star, is stable, Kustwacht Nederland said.

Arrangements are now being made for Julietta D to be towed. The efforts are hampered by Storm Corie which is generating wind gusts of up to 120 kilometres per hour.

The Royal Dutch Rescue Society (KNRM) has also been involved in the rescue efforts.

The 1.5 GW Hollandse Kust Zuid wind farm is owned by Vattenfall (50.5 per cent) and BASF (49.5 per cent), with Vattenfall in charge of the development of the wind farm.

The offshore substations are being constructed by the Dutch transmission system operator, TenneT. The Hollandse Kust Zuid Alpha was completed in December 2021.

The jacket foundation of the Hollandse Kust Zuid Beta substation was installed in June 2021, with the topside scheduled to be installed later this year.

”Later in the afternoon, the adrift cargo vessel possibly collided with the Beta jacket (the foundation of the platform). There were no people working here at the time. As soon as the weather conditions allow, we will investigate whether the jacket was damaged. At this moment we cannot make any statements about possible damage or about the consequences for the delivery of the transformer platform Hollandse Kust Zuid Beta.” 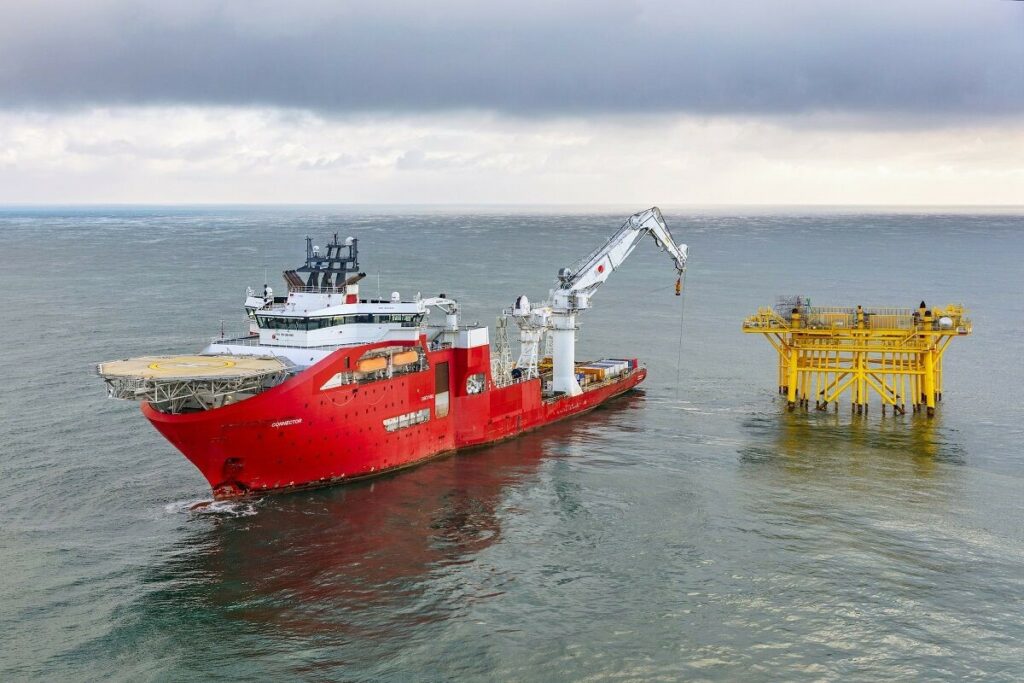