Fred. Olsen Windcarrier (FOWIC) has signed three new contracts and reservation agreements with a combined revenue of up to EUR 80 million, with two contracts linked to projects in which the company is already involved.

The new agreements will cover approximately 300 days in 2022 and 200 days in 2023, in both Europe and the APAC region, the company said on 4 January, adding that this brings its total revenue backlog to approx. EUR 355 million, of which 18 per cent is linked to options.

At the same time, Fred. Olsen Windcarrier informed that it had placed a firm order with the crane manufacturer Huisman for a new 1,600-tonne crane for its Brave Tern installation vessel, which will be installed in 2024.

“As we announced in 2020, we have initiated an upgrade programme for our existing fleet where Bold Tern is currently undergoing a major upgrade, including replacement of the crane. Brave Tern will be next in line and ready when the next generation turbines enter the market”, said Alexandra Koefoed, CEO, Fred. Olsen Windcarrier.

The ongoing upgrade and crane replacement works on Bold Tern at Keppel Fels in Singapore are progressing according to plan and budget, according to the company.

The new cranes and sponsons will secure enhanced turbine transport and installation capacity and bring the three vessels on par with announced newbuilds, the company says. The vessels will be able to install the 13-15 MW turbines, but also bigger turbines if they come to market. 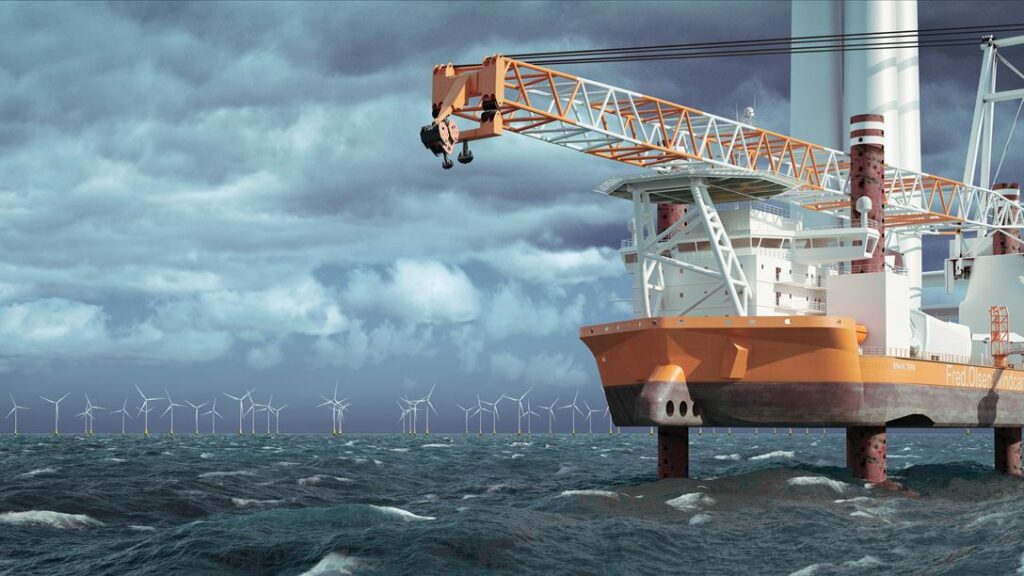