RWE has signed a contract with professional services firm Jacobs to investigate the production and supply of green hydrogen at the Pembroke Power Station site in Wales, the UK.

The study will take four months, completing in March 2022, and include investigations into the feasibility of initially installing a 100 MW electrolyser to produce green hydrogen from local and grid-connected renewable energy.

The project has the potential to grow to several GW in scale, linked to floating offshore wind in the Celtic Sea, and would become one of the UK’s largest green hydrogen plants in development, RWE said.

The feasibility study will also look at the possibility of supplying green hydrogen for various transport and decarbonisation uses in Pembrokeshire.

”This feasibility contract is a major step forward in delivering a green hydrogen project at Pembroke to supply hydrogen to industrial off-takers in South Wales. Pembroke is the ideal location for RWE’s Net Zero Centre: with floating offshore wind accessibility, land for development of large-scale electrolysers, electricity and gas grid connections and one of Europe’s most modern and efficient gas fired power stations, with opportunities to decarbonise through hydrogen or carbon capture, providing firm flexible power,” Sopna Sury, COO Hydrogen RWE Generation, said.

The knowledge and experience gained from this study will enable a better understanding of the practicalities and economics of the entire RWE project, and will be an important precursor to a funding application under the UK Government’s Net Zero Hydrogen Fund next Spring, RWE said.

Tom Glover, RWE UK Country Chair, said: “As a UK leader in power generation, RWE is perfectly positioned to support the development of the UK hydrogen economy. We are already working with other companies and businesses to help them meet their decarbonisation targets, while supporting Welsh Government achieve its ambitions for Net Zero. Hydrogen will be a game changer in the decarbonisation of heavy industry in South Wales and RWE will be a key partner in helping achieve that.”

The feasibility study has been partly funded by South Wales Industrial Cluster; a consortium of Wales’ major industry, energy, infrastructure, law, academic and engineering organisations of which RWE is a member.

The project is the first to come out of RWE’s Pembroke Net Zero Centre (PNZC), that was launched earlier this year. The PNZC brings together knowledge and expertise from across RWE’s offshore wind, gas-fired generation and hydrogen businesses to develop solutions in Pembrokeshire that support decarbonisation.

RWE is committing to investing GBP 15 billion in the UK in green energy projects by 2030. The company has experience in the development of hydrogen projects across Europe, including involvement in GET H2 , NortH2, and AquaVentus. 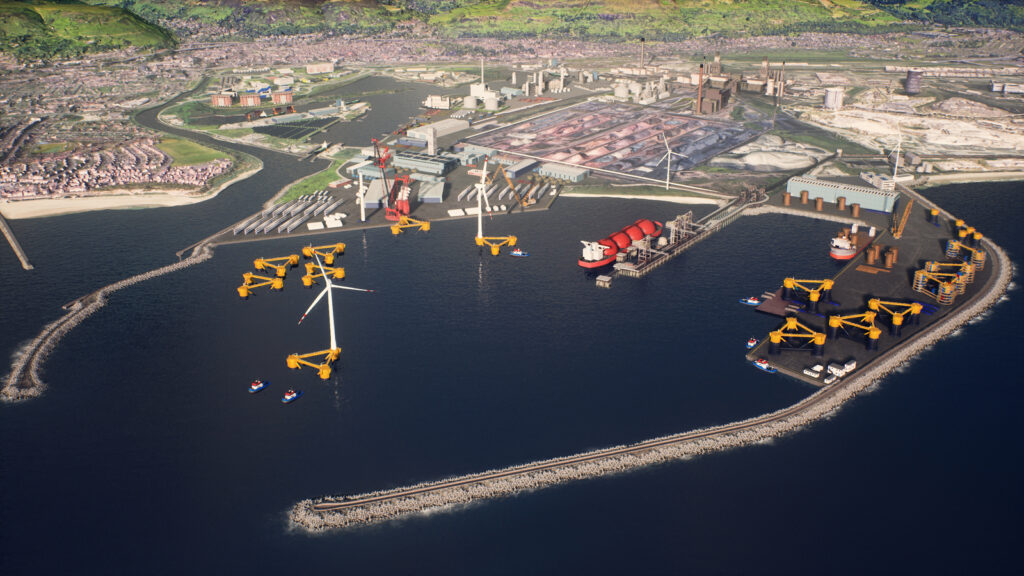