The Dutch company held a ceremony at the Vard Tulcea shipyard in Romania to mark the milestone.

Van Oord placed an order with VARD for Calypso in December last year as part of the company’s strategy to strengthen its position in the offshore wind market. The vessel was named after the sea goddess Calypso, the daughter of Atlas. The name was also partly inspired by the iconic ship of the legendary French marine explorer Jacques Cousteau.

Apart from the possibility to run on biofuel, this 130-metre hybrid vessel has future fuel-ready engines with built-in flexibility to anticipate e-fuels.

Calypso will feature a large battery pack, a shore supply connection and an energy management system, which are expected to reduce CO2, NOx, and SOx emissions.

The DP2 vessel will be equipped with a below-deck cable carousel and a second carousel on deck, with a total cable-carrying capacity of 8,000 tonnes.

The vessel, expected to be fully operational in 2023, will be Van Oord’s second cable-laying vessel in addition to the Nexus.

Van Oord has also ordered a self-elevating offshore installation vessel that will be able to operate on methanol and install wind turbines with a capacity of up to 20 MW.

The vessel, named Boreas after the Greek god of the northern wind, is being built by the Yantai CIMC Raffles Shipyard in China and is expected to enter the market in 2024. 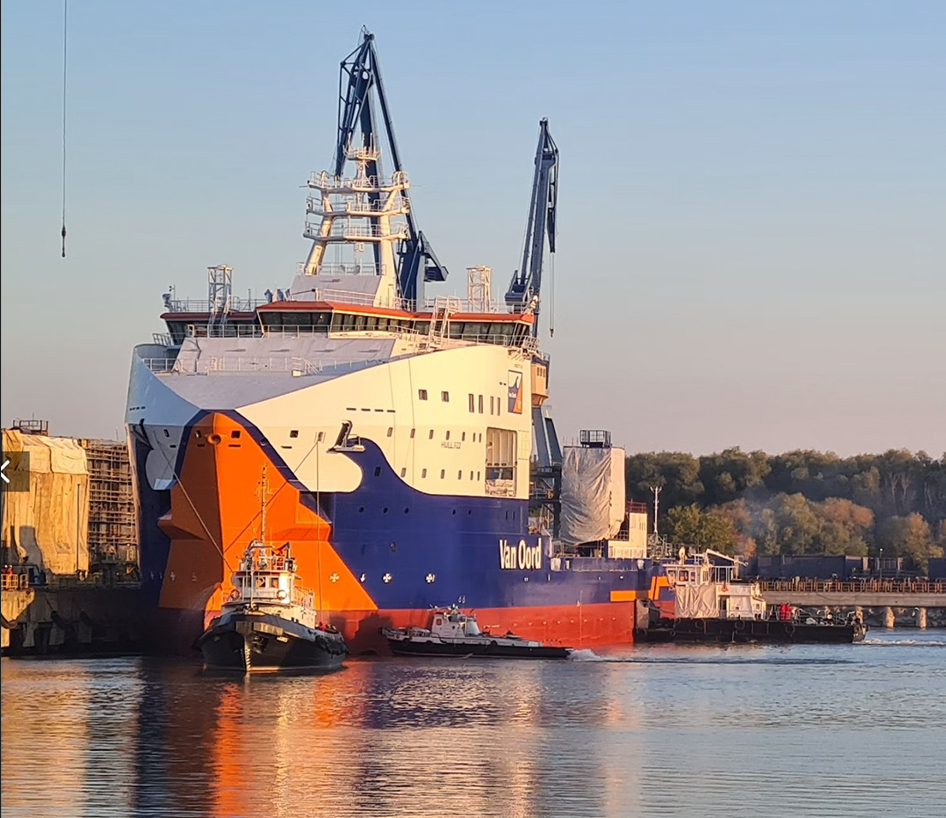