The company will perform the preliminary geotechnical site investigation for the Energy Island and the adjacent offshore wind farm zone to obtain geo-data, which will be used to prepare an integrated geological and geotechnical soil model on which wind farm developers will base future tenders.

Fugro will deploy up to four dedicated geotechnical vessels on the project, running from February to May 2022, with an extensive laboratory testing programme to be delivered by various laboratories.

The operations on site will include the use of Fugro’s SEACALF® Mk V Deepdrive system for seabed cone penetration tests (CPTs), as well as the WISON® Mk V Ecodrive for the downhole testing, the company said.

These contracts follow on from the geophysical and unexploded ordnance (UXO) magnetometry survey awarded to Fugro earlier this year, and the floating LiDAR measurement campaign that started in October.

The North Sea Energy Island will be an artificially constructed island 80 kilometres from the shore of the peninsula Jutland. Around 200 wind turbines with a combined capacity of 3 GW are expected to be installed in the first phase of the project by 2030.

When fully developed, the North Sea Energy Island hub will reach a capacity of 10 GW.

Both the North Sea Energy Island and the Bornholm Energy Island, which will utilise the island of Bornholm, must be connected to other countries’ grids and be completed by 2030. 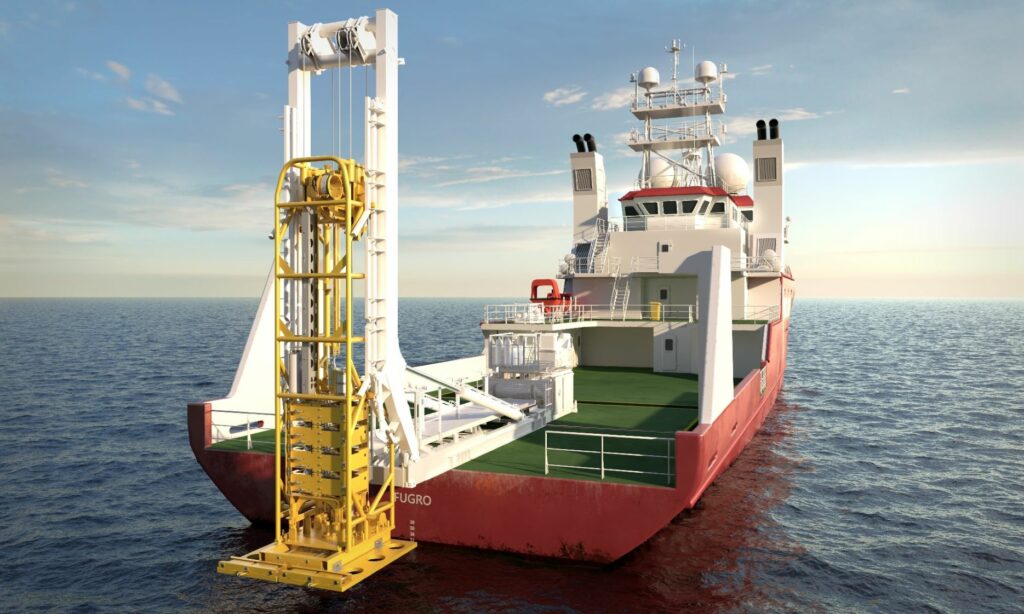