The 487 MW SeaMade offshore wind farm was officially inaugurated at an event in the Hippodrome in Ostend, Belgium, on Wednesday, 20 October 2021.

SeaMade NV, a joint venture between Otary, Ocean Winds, and Eneco, is responsible for the simultaneous development of both the Mermaid and Seastar offshore wind farms, resulting in the largest wind farm ever financed and built in Belgium.

SeaMade comprises 58 Siemens Gamesa 8.4 MW wind turbines which have been operating since the end of 2020.

”Renewable energy is the future. It helps to reduce our emissions and is also the cheapest form of energy today. Belgium is the world’s number two per capita in the production of offshore wind energy. We are strengthening our position with the new wind farm, and in the coming years the federal government will continue to focus on expanding our wind energy capacity. It is our ambition to provide all families in our country with green electricity,” Prime Minister De Croo said.

SeaMade is the second wind farm built in Belgium by the consortium of Otary, Ocean Winds, and Eneco.

The wind farm is managed by Otary, and together with the Rentel wind farm it provides almost 800 MW of offshore capacity in the Belgian North Sea.

All parties also want to continue to play a leading role in offshore wind energy in the next concession zones, Otary said. To meet the current UN and European objectives, further development of offshore wind is necessary. Belgium must continue to engage in this area and remain ambitious in its objectives, heading towards 2027 and 2030.

Belgium currently has 2.26 GW of operating offshore wind capacity which covers 10 per cent of the country’s total electricity consumption.

”Offshore wind is not only good for sustainability and security of supply, but also has a positive effect on the Belgian trade balance,” Mathias Verkest, CEO SeaMade & Otary, said.

”Thanks to this local energy source, not only do we avoid importing fuels, but we can also export our know-how to continents such as Asia and America, where offshore wind is in full development. I am pleased to be involved in the first (C-Power) and last project (SeaMade), but above all I hope that the continued innovations and efforts of the entire industry will allow us to further exploit the North Sea potential and provide for our energy supply. In this way we can give future generations a sustainable future as well as clean air. Due to numerous innovations, offshore wind is not only a safe and clean source of energy but also a cheap one.”

Offshore wind has become a crucial player in the energy landscape which needs to develop further with a capacity that can double to almost triple over the next ten years, Otary said.

This can only be done with concrete and ambitious objectives set by the government and all players in the energy landscape. The government must create the framework for this during the current legislature. To ensure a successful energy transition, it is also essential that the government develop a long-term vision for the integration of sustainable but intermittent energy sources, e.g. in the short term through the CRM, but more in the direction of storage, demand management, and power-to-x applications in the longer term so that the entire demand for electricity can be provided at any time with sustainable energy.

There is still an important role for grid operator Elia, to find sustainable solutions to open up the grid and thus enable the roll-out of more offshore wind in the shortest possible period of time, according to Otary.

”Ocean Winds, together with ENGIE Electrabel, wants to play a pioneering role in the energy transition in Belgium, in which offshore wind energy plays a very important role. Our ambition is to have 1000 megawatts at sea by 2030, also in consortia such as this one,” Wouter Vandekerkhove, Deputy CEO of SeaMade and Country Manager for Ocean Winds, a joint venture between ENGIE and EDPR, said.

As previously reported, Belgium plans to auction off up to 3.5 GW of offshore wind capacity at the Princess Elisabeth offshore wind zone as part of its Marine Spatial Plan 2020-2026.

Vincent Van Quickenborne, Deputy Prime Minister and Minister of the North Sea, said: ”Belgian companies are pioneers in the development of offshore wind energy. We should be proud of that. This latest farm alone can provide almost all West Flemish families with green energy. It is also the first farm to be built with significantly reduced subsidies. Offshore wind turbines are becoming cheaper and more efficient. That is why we want to continue this line for the Princess Elisabeth zone.”

If developed to full capacity, the Princess Elisabeth zone will nearly triple Belgium’s offshore wind capacity from 2.26 GW to 5.76 GW. The wind farms at the three designated areas: Noordhinder North, Noordhinder South, and Fairybank will be connected to the mainland, and possibly to the grids of other countries, via an artificial energy island.

”With offshore wind we have shown once again that we can be big as a small country,” Tinne Van der Straeten, Belgium’s Minister of Energy, said.

”We will continue along this path with the federal government. We are tripling our offshore wind capacity, thereby providing North Sea electricity for every family. We can make this happen thanks to the very first energy island in the North Sea, technological progress and larger wind turbines. That’s how we will turn our North Sea into one large sustainable energy plant.” 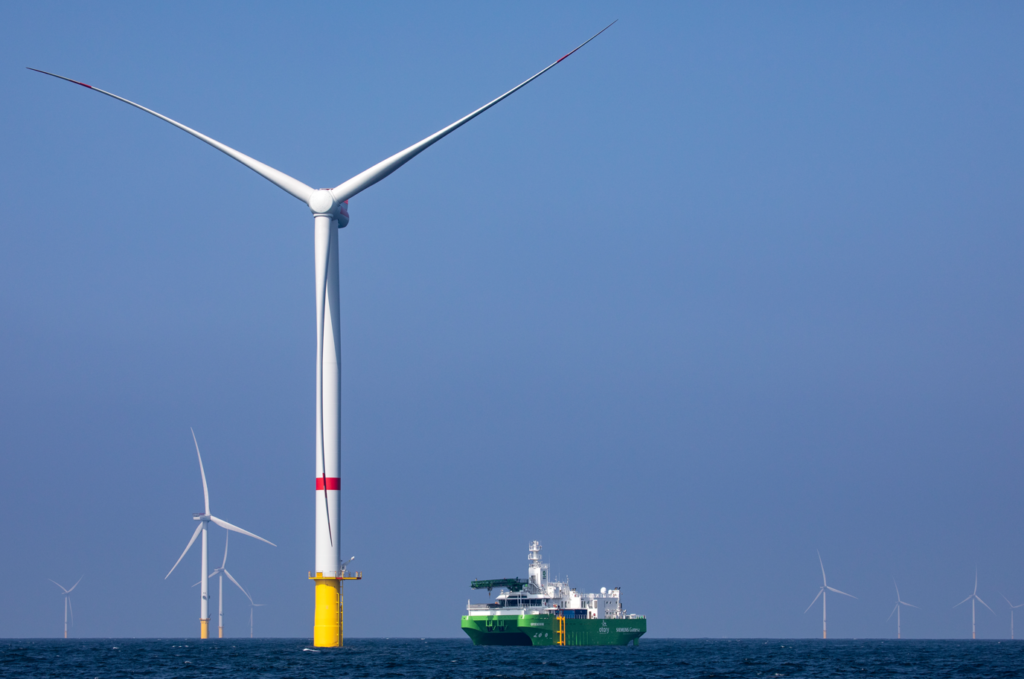