The submission of the report was preceded by surveys and a thorough environmental impact assessment (EIA), the developer said.

Skåne offshore wind farm is planned in the Baltic Sea, approximately 22 kilometers south of Skåne, and can produce enough renewable electricity to cover half of Skåne’s current electricity needs.

The project area covers ​​450 square kilometres where the conditions for wind power are very good and the application for grid connection was made many years ago, Ørsted said.

”The prospects for offshore wind power in Sweden are incredibly exciting, and if all goes well, we are ready to invest tens of billions of kronor in Skåne Havsvindpark,” said Peter Obling, Head of Markets and Commercial for the Continental Europe region at Ørsted.

”There will be an urgent need for renewable electricity in southern Sweden. Skåne Havsvindpark, which will be larger than any other marine park in operation today, can be a significant source of clean electricity and can be realized in time to meet the needs of the energy-intensive Swedish industry, the transport sector and society at large.”

The completion of the EIA report is an important milestone for Ørsted’s goal of delivering large-scale, offshore wind power to Swedish homes and companies, the company said. The report describes the project’s impact on the environment and what efforts Ørsted will make to deal with it, in line with the company’s ambition to create a net positive effect on the biodiversity of all its new renewable energy projects by 2030.

”It feels very good to submit the environmental impact statement, on which we have put a lot of work and energy. We are now awaiting the authorities’ views. We use the time to continue to develop our contacts and cooperation with the community and business community in the vicinity, with potential suppliers and other interested parties. A project of this size is complex and requires long-term commitment,” said Beatrice Teurneau, Ørsted Senior Market Developer for offshore wind power in Sweden.

The Baltic Sea region has the potential for more than 90 GW of offshore wind power, with Sweden accounting for 20 GW of that, Ørsted said.

Apart from the Skåne project, Ørsted is also developing the Gotland offshore wind farm in Sweden. This project will also have a capacity of up to 1,500 MW. The wind farm is located some ten kilometres southwest of Gotland and covers an area of around 370 square kilometres. This project is undergoing an environmental assessment as well. 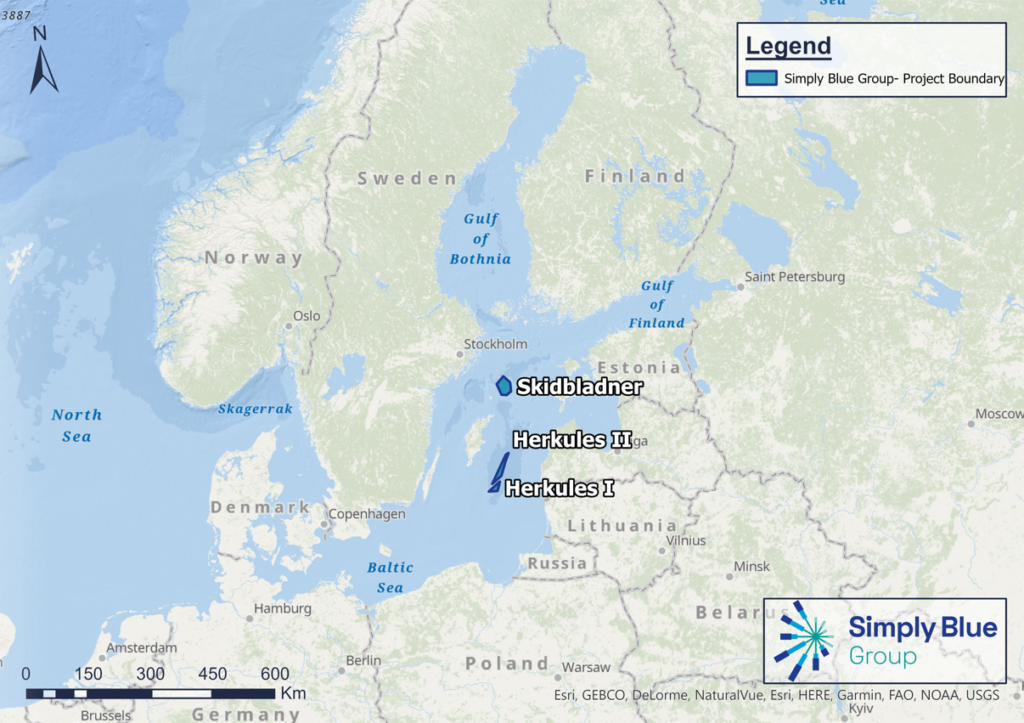