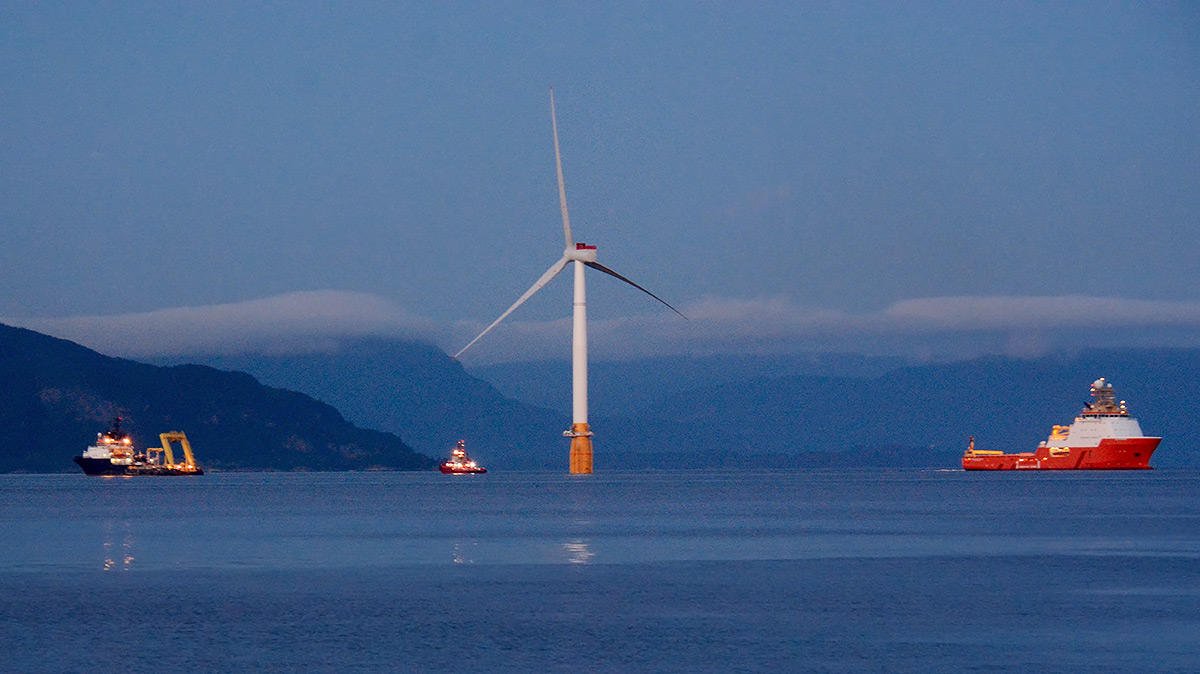 Equinor, Shell, Eni, and TotalEnergies – oil and gas players that continue raising their stakes in the renewable energy sector – have been selected by the French government to participate in the country’s first tender dedicated to floating wind.

Shell has qualified for the tender in a consortium with Valeco (a subsidiary of EnBW) and Eolien en Mer Participations (a subsidiary of the Caisse des Dépôts et Consignations), Eni has joined forces with Copenhagen Infrastructure Partners (CIP), while TotalEnergies has teamed up with Green Investment Group (GIG) and Qair.

The tender will also see several offshore wind industry majors taking part, including the consortium between Elicio and BayWa r.e., Iberdrola, RWE, Ocean Winds, a consortium between wpd, Vattenfall and BlueFloat Energy, and a consortium formed by EDF Renewables and Maple Power – most of which are also currently competing to build floating wind projects in Scotland.

The companies will now enter a competitive dialogue before the government invites bids for building and operating the project off the coast of South Brittany, where 270 MW of capacity is being put to tender in this process.

The dialogue, which aims to reduce project costs, will see the government and the candidates discussing draft specification which will integrate several remarks made by the public during the consultation period, in particular concerning fishing activities near and within the wind farm, as well as the integration of the project into the local economic context.

France launched the tendering procedure in April, looking for a developer of its first commercial floating project off the coast of South Brittany. The 270 MW wind farm will be located off the island Belle-Île and Île de Groix and installed in water depth of approximately 90 metres.

The tender is part of a wider plan by the French government which, under the the Multiannual Energy Programme (Programmation pluriannuelle de l’énergie), is in the process of putting 8.75 GW of offshore wind capacity out to tender by 2028.

CORRECTION NOTE: The article has been updated to include the consortium between Eni and CIP as one of the shortlisted developers, as the consortium, which was on the French government’s list, was omitted in the initial article.