Ampelmann has signed its first contract for a motion-compensated gangway in China, where Guangdong Safety New Energy is set to fit the gangway onto its new Service Operations Vessel (SOV) which will be deployed on the Guangdong Yangjiang offshore wind farm, located some 74 kilometres off the coast of Guangdong province.

The company, which will deliver its A-type gangway to Guangdong Safety New Energy by the end of October, says that the 60-metre SOV, named MV Guang An Yun Wei 88, will be first the such vessel equipped with a motion compensated gangway in China.

Guangdong Safety New Energy is a wholly-owned subsidiary of Guangdong Yuean Shipping, with the project marking Yuean’s first step in the offshore wind operations and maintenance sector, according to Ampelmann, with whom the vessel operator will cooperate for a minimum of six months and could possibly extend the contract for another six months.

In addition, following its first project in China, the Dutch gangway provider is looking into the possibility of training local operators to support upcoming projects in the country. 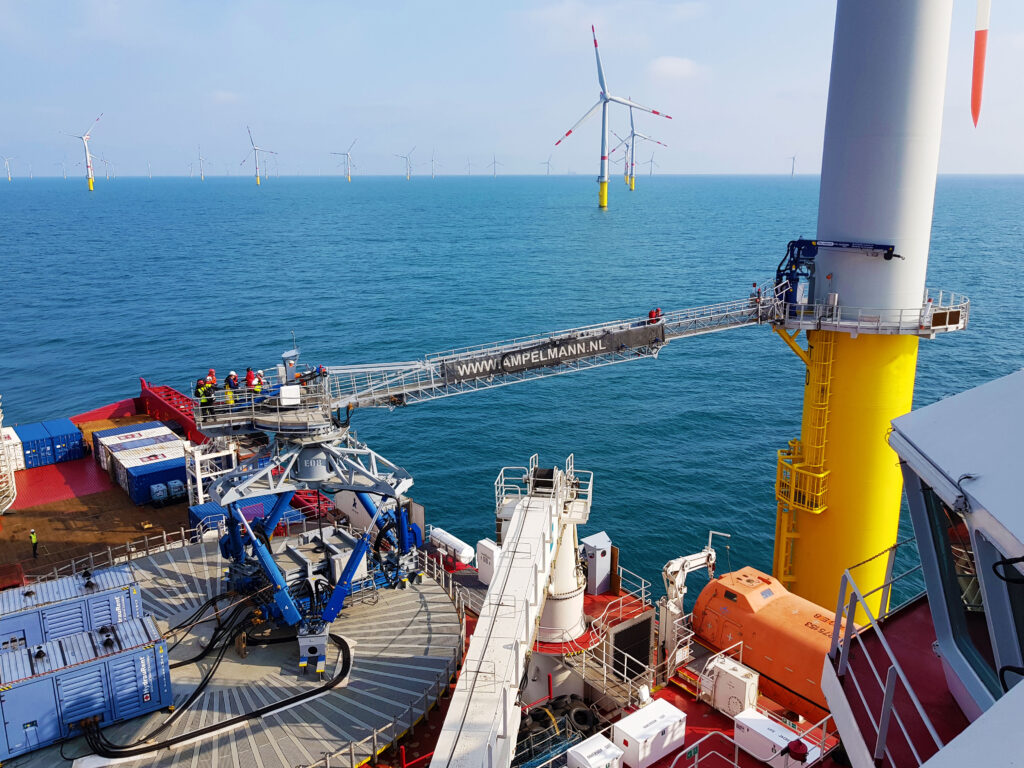