US Customs and Border Protection (CBP) has approved mixed use of US and foreign barges together with US coastwise qualified tugs to transport and position a floating wind turbine the Aqua Ventus joint venture plans to install offshore Maine, according to the law firm Winston & Strawn which represented the joint venture in this case.

Since the foreign launch barges would not be engaged at any point in “transportation,” CBP approved both methods as being in accord with the Jones Act.

The floating wind platform will be installed as a demonstration project developed by New England Aqua Ventus (Aqua Ventus), a joint venture between Diamond Offshore Wind (a subsidiary of the Mitsubishi Corporation), RWE Renewables, and the University of Maine, whose floating offshore wind technology the project is using.

The project will consist of a single semisubmersible concrete floating platform that will support a commercial 10–12 MW wind turbine and will be deployed in a state-designated area south of Monhegan Island.

The purpose of the demonstration project is to further evaluate the floating technology, monitor environmental factors, and develop best practices for offshore wind to coexist with traditional marine activities.

Construction, following all permitting, is expected to be completed in 2023. 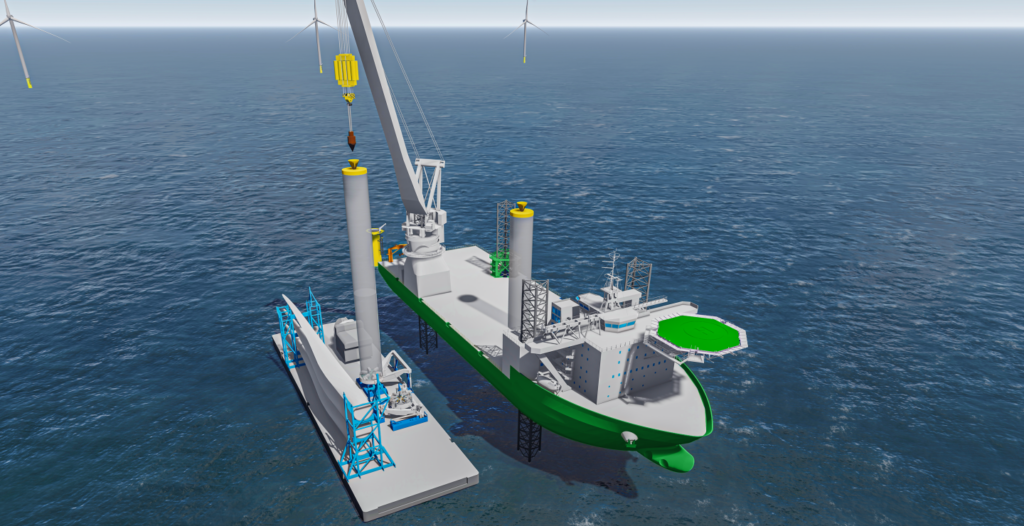