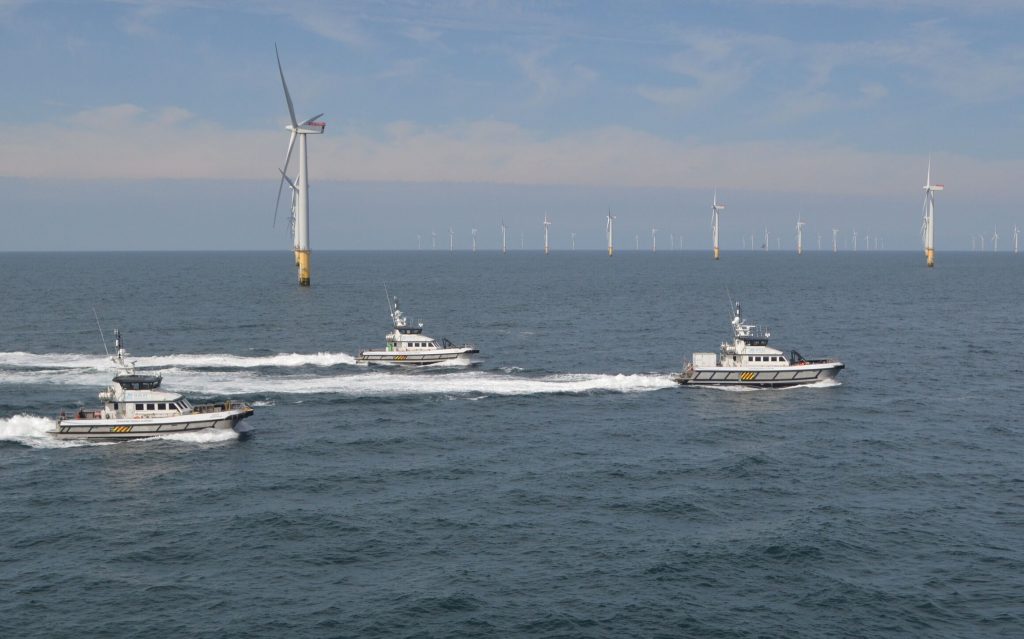 Hydrogen-based propulsion systems, electric engines and battery technologies are still years away from being operationally effective in the offshore energy support vessel (OESV) sector. So what can OESV operators do to meet the growing demand for lower emissions today? According to Seacat Services (Seacat), it is all about using optimised, low-resistance hull forms and low-emission, high-performance fuels such as HVO30.

Moments before our interview, Ian Baylis conversed with one of the largest offshore wind developers and, as we understand, the company is not the only offshore wind player with whom Seacat is discussing OESV emissions reduction on UK projects.

As well as bringing more of the ‘clean’ to ‘clean energy’, OESV operators are having to consider the costs of decarbonising vessels, with the business case often needing greater financial viability in order for emissions reductions to become a reality in the sector.

This is particularly pertinent as the offshore wind industry continues to look to reduce its Levelised Cost of Energy (LCoE).

Using HVO30 fuel ticks all the boxes for Seacat, according to the company’s Managing Director. However, one of the challenges – which has now been overcome – were the duty charges on this fuel.

“The hurdle was that HM Revenue and Customs were applying duty to HVO30, which they were not applying to regular diesel marine oil, or marine gasoil (MGO). But that obstacle has now been removed and the price of the fuels is now very similar. As the demand curve goes up for HVO30, prices will become even more favourable”, Ian Baylis said.

He further added that using HVO30 fuel has climate-friendly advantages over traditional MGO, with significant fuel savings made during the fuel’s manufacturing process, resulting in cleaner emissions overall.

“Because our engines are high-speed engines running very high fuel pressure systems, the engine manufacturers list the EN 590 fuel on their specification sheet as the ideal fuel for the boat. The parameters of HVO30 are extremely close to that”, Baylis said.

The regular marine gasoil that is currently being used is further out of the parameters for OESV’s engines and, in order to safeguard the engines while using regular marine oil, the manufacturers require additional filtration and other systems to be put in place. HVO30 has no such problem.

Ian Baylis said that currently one of the top challenges in OESV decarbonisation is not having control over which fuel is being used and whether a vessel is being operated efficiently.

“Our customers represent 94 per cent of our emissions, since we have no control over the fuel they put in our vessels which are then sent out to work and, once at the project site, we do not know if a vessel is being used in the most efficient way”, Baylis said.

“What we are now trying to discuss with our customers is how we can collaborate to tackle OESV decarbonisation by managing controllable factors such as hull design to make OESVs as green as possible given current technological limitations.”

Seacat’s Managing Director argues that innovating through vessel design is one of the only ways for OESV operators to immediately reduce vessel emissions effectively during operations. As for ‘green OESVs’, Baylis said that the technology “is not quite there yet” and that the company “wholeheartedly” supports further progress in that area.

“What we are trying to do in a wider workboat decarbonisation sense is to take action on the variables that we can control today, whilst maritime technology companies and vessel designers continue to improve battery and clean fuel engine technologies”.

The first thing that can be controlled is what fuel to use and by using HVO30 “a significant chunk” of CO2 emissions could be avoided in the manufacturing process. The second biggest thing that could be done, according to Baylis, is developing a more efficient vessel design, which Seacat Services is now working on in partnerships with BAR Technologies and Chartwell Marine. Seacat Columbia will be launched in the Spring of 2022.

“By designing this optimised hull form and putting the foil systems (FOSS) on our vessels, which also increase comfort and decrease displacement to make the vessel more efficient, we can save between 6 and 8 per cent on our fuel consumption”.

Ian Baylis has highlighted that in order to decarbonise the OESV sector operators need to reduce the carbon footprint of their broader supply chain and service partners, in addition to solely focusing on vessel design. 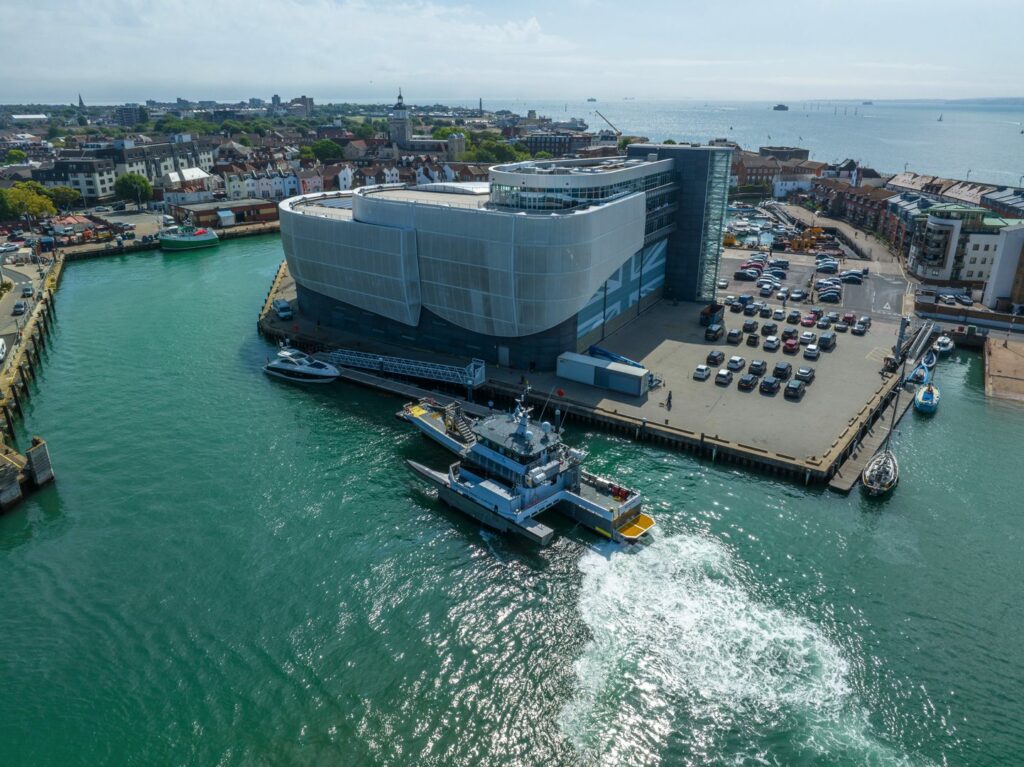