An offshore hydrogen production plant powered by electricity from a floating wind turbine is scheduled to be put into operation next year in France.

The hydrogen production system will be installed at the SEM-REV demonstration site, off the coast of Le Croisic in France where it will be linked with the Floatgen wind turbine. According to Centrale Nantes, this will be the world’s first offshore green hydrogen production facility to go into operation.

The project will be set up by French renewable hydrogen project developer Lhyfe, in collaboration with Chantiers de l’Atlantique, who will install the electrolyser on GEPS Techno’s floating platform at the SEM-REV site and connect it to various marine renewable energy sources, including Floatgen.

“We are convinced that offshore production of renewable hydrogen is a perfectly suitable solution for the massive deployment of hydrogen that is on the horizon. Through this partnership and the bringing together of the most advanced expertise in the field, we are making great strides forward in our development and are determined to be the first in the world to deploy a solution for offshore renewable hydrogen production”, said Matthieu Guesné, CEO and founder of Lhyfe.

Centrale Nantes says that the offshore test site meets all the criteria to validate offshore hydrogen production technology before moving towards large-scale industrial deployment in 2024.

Lhyfe and the Chantiers de l’Atlantique are said to be working on a detailed design of an offshore hydrogen production platform with a capacity ranging from ten to several hundred megawatts, which could be built in Saint-Nazaire as early as 2024.

As for Floatgen, the 2 MW floating wind turbine was installed at the SEM-REV site in 2018 and started delivering electricity to the French grid the same year. Consisting of a Vestas V80 wind turbine mounted on a Damping Pool foundation developed by Ideol (now BW Ideol), Floatgen was reported earlier this year as breaking its own record in 2020 by producing 14 per cent more electricity than in the previous year. 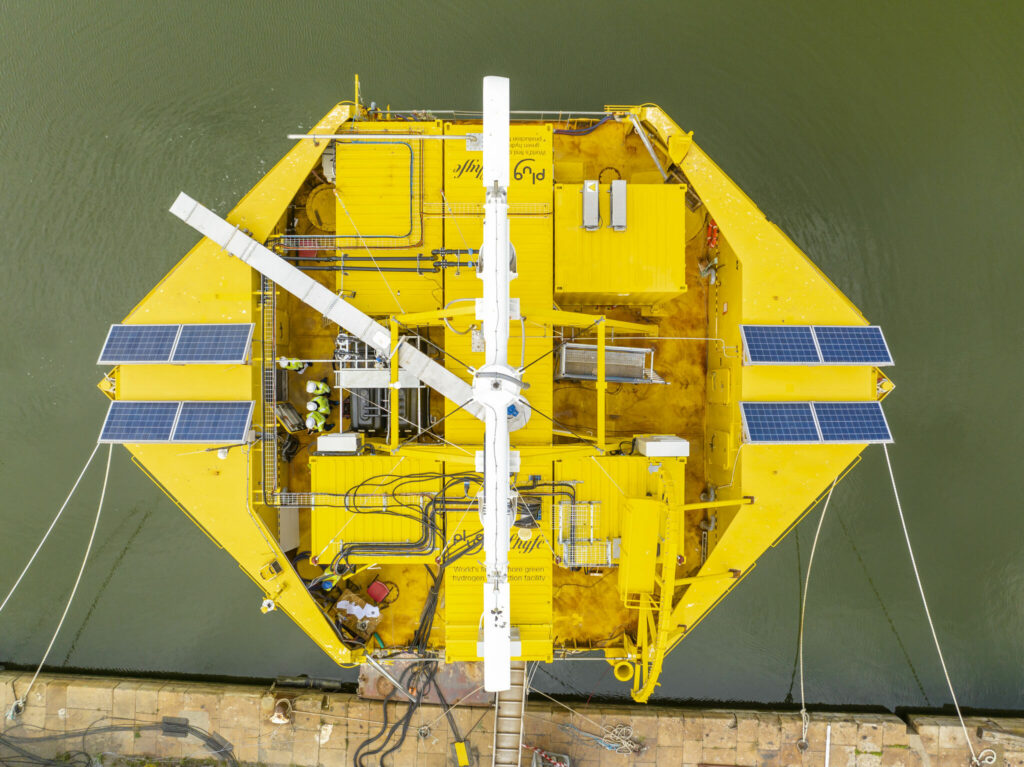