AMS, which is part of Groupe LHD, already owns two Damen Shoalbusters, a 1907 and a 2308. Rodolphe Bodineau, AMS Deputy Director, explains that the company’s positive experience with the Damen Shoalbusters led to it considering the FCS 2610 for the developing renewables sector.

”This is the first time we have bought a Crew Transfer Vessel. We are very satisfied with the Shoalbusters and know that Damen has a very good reputation in the offshore wind market as well. We have also formed a good bond with Damen over the last few years and are even considering buying more Damen vessels,” Bodineau said.

AMS is located very close to the Saint-Nazaire offshore wind farm, which is under development, and the Guérande wind farm. The company is already supporting a French floating wind demonstration project.

JLD Jayce is the fourth pre-owned Damen FCS 2610 to be sold through Damen’s ship brokerage division Damen Trading & Chartering, part of Damen Marine Services, since the beginning of last year. The Damen division handled the initial trade-in from the former owners, the refit, and the final sale to AMS.

”Our new vessel arrived in Saint-Nazaire recently and several potential customers have already visited so we are confident that JLD Jayce will soon be busy in the offshore wind sector in France, initially in the construction phases of the wind farms and then eventually the O&M phase,” Bodineau said.

”We are very optimistic that there are plenty of opportunities in France, with eight projects underway, and that we can find our place within the French wind farm sector and in Europe in the longer term.”

Currently, there are two Damen FCS 2610s operating under the French flag by Jifmar. Nearly 50 of these vessels have been delivered since 2011 and most of them are active in the European offshore wind sector. Damen launched a larger model, the FCS 2710, in April 2018. 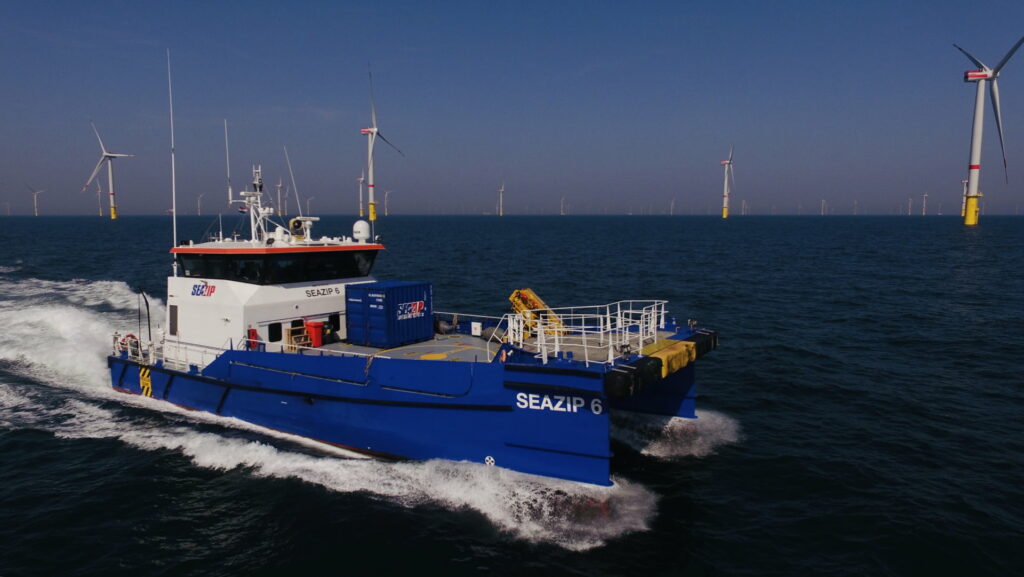