A contract signed between the two companies for a motion compensated gangway marks SMST’s first delivery of walk-to-work equipment to the Norwegian company.

DOF is already operating the gangway on board Skandi Constructor at the Global Tech I offshore wind farm, where the vessel’s crew has also undergone training for operating the SMST Telescopic Access Bridge M-Series (TAB-M) gangway.

The gangway was mobilised at the beginning of April at the Fayard shipyard near Odense in Denmark, where it was installed on six stacking modules for working at height of over 24 metres.

After the first project in the North Sea for Siemens Gamesa, Skandi Constructor will continue its work in the Baltic Sea, at the Wikinger offshore wind farm. The SMST commissioning team will remobilise in Bremerhaven for this second project, the company said.

Both Global Tech I and Wikinger offshore wind farms feature turbines manufactured by Adwen (Areva), which was taken over by Siemens Gamesa in 2017. 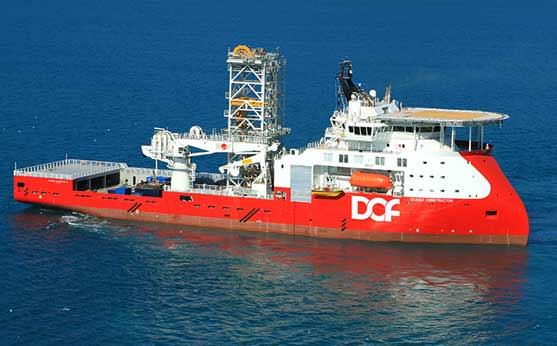