DEME Offshore and Sabca have carried out a series of tests at the Rentel offshore wind farm with an aim to automate critical and ad hoc operations in the near future by using autonomous aerial vehicles (AAVs) and artificial intelligence (AI).

The companies, which teamed up two years ago, have performed the first commercial, cross-border, “beyond visual line of sight” (BVLOS) drone operations at the wind farm 35 kilometres off the Belgian coast, where tests in Search & Rescue operations, environmental surveys, turbine and substation inspections, as well as parcel deliveries took place.

During the tests, both a multicopter drone and a fixed-wing surveillance drone with a wing span of more than 3 metres were deployed in parallel. The long endurance surveillance drone took off from the Belgian coast and flew to the Rentel offshore wind farm. Meanwhile, an automated resident drone performed inspections and cargo flights from the substation and vessels. This drone also conducted a full Search & Rescue demonstration using infrared detection and life buoy dropping.

By combining drone operations with the use of AI for automatic image processing, a strong set of tools has been developed to automate operations which are currently being executed by people, according to the two companies.

These drone operations have a potential to increase safety, lower the impact on the environment in the operations and maintenance (O&M) phase of a project, and reduce the overall costs, DEME and Sabca state, further adding that this solution can be applicable beyond the offshore wind industry, in safety-critical missions at sea or above land.

Last year, Total’s Belgian subsidiary Lampiris entered into a long-term power purchase agreement (PPA) with Otary to buy all of the electricity generated by the 309 MW Rentel offshore wind farm. 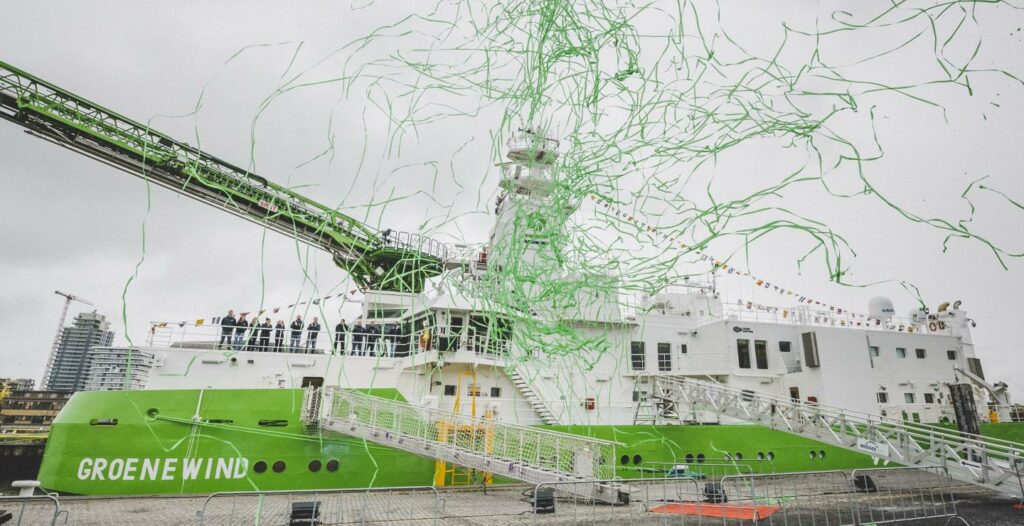