A crowdfunding campaign for the construction of the Fécamp offshore wind farm in Normandy, France, has been launched on the Kiwaï platform for Normandy residents who wish to invest in the project.

The crowdfunding campaign is aiming at a loan amount of EUR 750,000, with contributions ranging from a minimum of EUR 20 to a maximum of EUR 2,000 per person.

The loan is guaranteed by the Caisse d’Epargne Normandie and supported by the Normandy Region, so the investment is secure since the principal and accrued interest are guaranteed, according to a press release from EDF Renouvelables. In return, the lender will receive interest of 3 per cent gross over five years.

The total project capital cost is estimated to be EUR 2 billion, of which the majority will be financed through non-recourse project level debt, the consortium behind the project said in a press release in June 2020.

The 500 MW offshore wind farm, which will consist of 71 wind turbines, is being built by EDF Renouvelables, EIH Sarl (a subsidiary of Enbridge) and wpd Offshore more than 13 kilometres off the Normandy coast.

The construction of the Fécamp project will create over 1,400 local jobs and the wind farm’s 25-year service life will create approximately 100 local ongoing full-time jobs.

Fabrication of the wind farm’s components started in 2020. Offshore construction is scheduled to commence in 2022 and the wind farm is expected to be fully commissioned by the end of 2023. 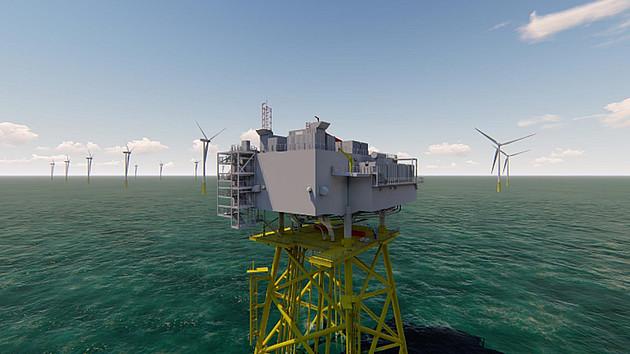