“The offshore wind industry is expected to see exponential growth in the United States. There are currently no U.S.-built wind turbine installation vessels, and if the sector takes off as expected, there will be a pressing requirement for such vessels”, said Rafael Riva, LR’s Americas Marine & Offshore Commercial Manager.

The two companies have signed an agreement for a joint development project, under which NETSCo’s engineers and naval architects will be responsible for the vessel’s concept design, taking into account the requirements of the offshore wind developments along the U.S. East Coast and the U.S. Great Lakes, such as crane capacity, deck space and water depth.

The vessel will also be designed to use hull shapes that are common in the U.S. shipbuilding market to allow for it to be built in U.S. shipyards.

“The lack of Jones Act-qualified compliant wind turbine installation vessels has become a major challenge for offshore wind turbine developers. With years of research and development in this industry, it is a perfect opportunity for us to leverage our engineering expertise in a strong collaborative enterprise with LR”, Jan Flores, Vice President of NETSCo.“This collaboration was a cumulation of efforts to better support the offshore wind turbine market with a Jones Act-qualified vessel alternative, as well as offering conversion options for vessels that have been dry-docked during this economic downturn”.

The LR team will review and evaluate the concept design to ensure the vessel complies with applicable rules and regulations, as well as with the international codes and standards and the U.S. Coast Guard’s Code of Federal Regulations (CFRs).

Almost at the same time this new cooperation on a new Jones Act compliant installation vessel was announced, Dominion Energy reported that it laid the keel for the first Jones Act compliant installation vessel for the U.S. offshore wind sector. Designed by GustoMSC, the vessel is being constructed by Keppel AmFELS at its Brownsville, Texas shipyard, and will enter operation in 2023.

Earlier this year, two U.S. companies also announced they would build two SuperFeeder vessels, which would transport wind turbine components from the mainland to a Jones Act non-compliant installation vessel at the project site, to support the construction of offshore wind farms off the East Coast.

To remind, a few months ago, the U.S. House of Representatives passed the Expanding Access to Sustainable Energy Act of 2019, which includes an amendment enforcing Jones Act requirements for all offshore renewable energy production projects.

The Jones Act is a century-old federal law that prevents vessels built for the offshore wind industry outside of the U.S. to operate on U.S. wind farm projects unless they do so from non-U.S. bases (such as ports in Canada), or receive components and crew delivered by Jones Act compliant feeder vessels. 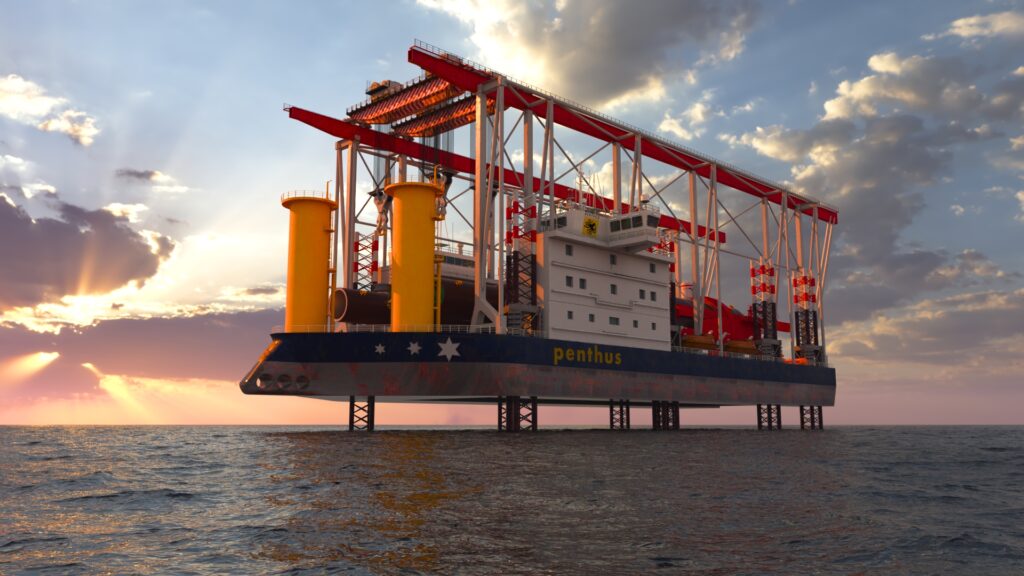