TenneT and a joint venture of ENGIE Solutions and Iemants have signed a contract to design, engineer, produce, deliver, transport, and install the Hollandse Kust West Alpha offshore transformer substation.

The transformer substation for Hollandse Kust West Alpha is scheduled to be commissioned in 2024.

The topside and the jacket will be built separately on land and installed at sea on site using a crane ship.

The Hollandse Kust North, West Alpha, and West Beta will be located in the North Sea along the Dutch coast.

These three 700 MW platforms will be the fifth, sixth, and seventh large-scale grid connections for offshore wind energy in the Netherlands that will be built and operated by TenneT.

The Hollandse Kust West Alpha substation will be built according to TenneT’s standard design.

The substation’s jacket is 49 metres tall and consists of 1,930 tons of steel. This steel structure will be anchored in the seabed with piles at a depth of 28 metres.

On top of this, the topside will have three inner floors and an outer deck. The topside weighs approximately 4,300 tons and is 47 metres long, 35 metres wide and 25 metres tall. 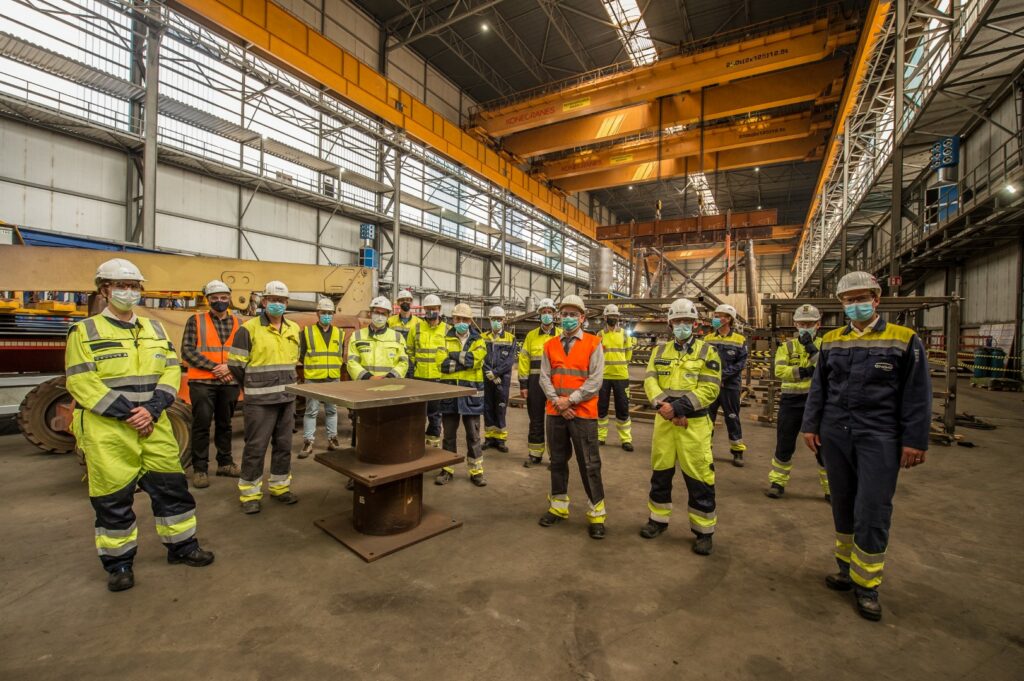