Liebherr Recovers Orion’s Crane Jib, Repair to Be Completed in 2021

The recovery and repair of the crane that collapsed on board the installation vessel Orion during lifting trials in May are progressing at Liebherr facilities in Rostock, where the crane’s auxiliary jib and the jib head have now been transferred.

The company started working on getting the crane back into service in September, when the recovery project began. The steel construction work also kicked off then, since both the 142-metre-long crane jib and parts of the A-frame need to be manufactured from scratch.

Now, Liebherr reported that the dismantling of the HLC 295000 crane was going according to plan, with recovery work on the quayside in the Port of Rostock in full swing and the jib components successfully recovered.

“Despite the high complexity of the task the dismantling of the HLC 295000 is going according to plan”, said Carl Sarens, Director of Technical Solutions, Projects & Engineering at SARENS, the company assigned with the salvage of the damaged components of the crane. “Thanks to the first-class technology, modern equipment and our committed team we have achieved our goals on schedule and carried out the work, together with all those involved in the project, under strict safety standards”.

The recovery work is expected to be completed by the end of this year, while the repair project will be finished in the course of 2021.

It is unknown at this point whether Orion is planned to enter service next year immediately after the crane is fixed and ready for use.

As reported earlier, before the crane collapse on 2 May, the installation vessel was scheduled for delivery to DEME in the second half of that month and for mobilisation for the Moray East offshore wind farm shortly after.

However, after the crane accident occurred during a load test in Rostock, DEME decided to use Seajacks’ jack-up vessel Scylla for the job. The wind farm is set to be built by and put into operation in 2022. 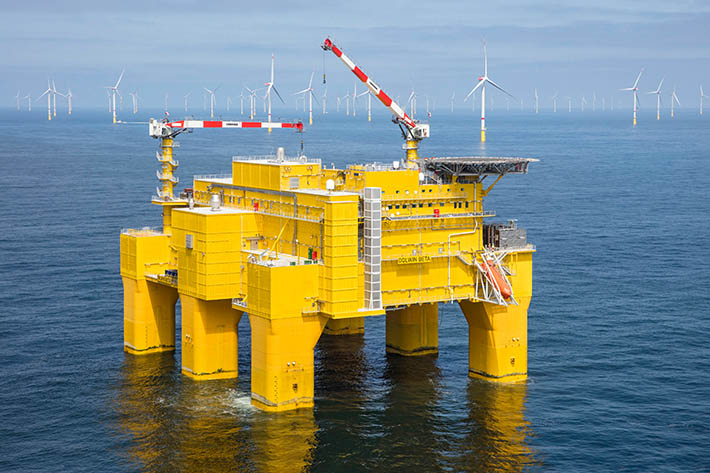