Boskalis has reported a revenue increase at its Offshore Energy business in the third quarter of 2020, compared to the previous two quarters, but also a drop in its order book to EUR 1.3 billion (EUR 1.47 billion at the end of June).

The company noted a strong contribution from the seabed intervention unit, while in heavy lifting and the offshore wind activities several projects were delayed, leading to deferral of revenue and vessel utilisation to later this year and 2021. The delays are in part attributed to the COVID-19 impact.

The pandemic-related delays and disruptions, in combination with the low oil price, also adversely affected Boskalis’ operations in marine transport and services.

Still, in subsea services and marine survey area, the company saw an increase in revenue in Q3, compared to the first half of the year, with particularly busy time in marine surveys with campaigns along the U.S. east coast for the development of offshore wind farms, according to the company.

As reported at the end of the last year, Boskalis acquired full ownership of Horizon Group in November 2019, after purchasing 62.5 per cent stake at the beginning of the year.

In the U.S., Horizon Geosciences recently carried out six-week geotechnical investigations at the Kitty Hawk offshore wind project site off North Carolina, which started this August.

The company also reported a large number of smaller contracts during the quarter, including the contract for the transport and installation of five large floating wind turbines for the Kincardine wind farm off the coast of Aberdeen in Scotland.

Looking at 2020 as a whole, Boskalis expects a good year for its Offshore Energy business, especially in seabed intervention, as well as growth in marine survey due to the full acquisition of Horizon.

Overall, the company reported the revenue level to be stable, compared to the first half of the year, and solid financial position further strengthened in the course of the third quarter with an increase in the net cash position to more than EUR 250 million. The company’s order book stood at EUR 4.4 billion at the end of September, dropping from EUR 4.66 billion in the first half of the year. 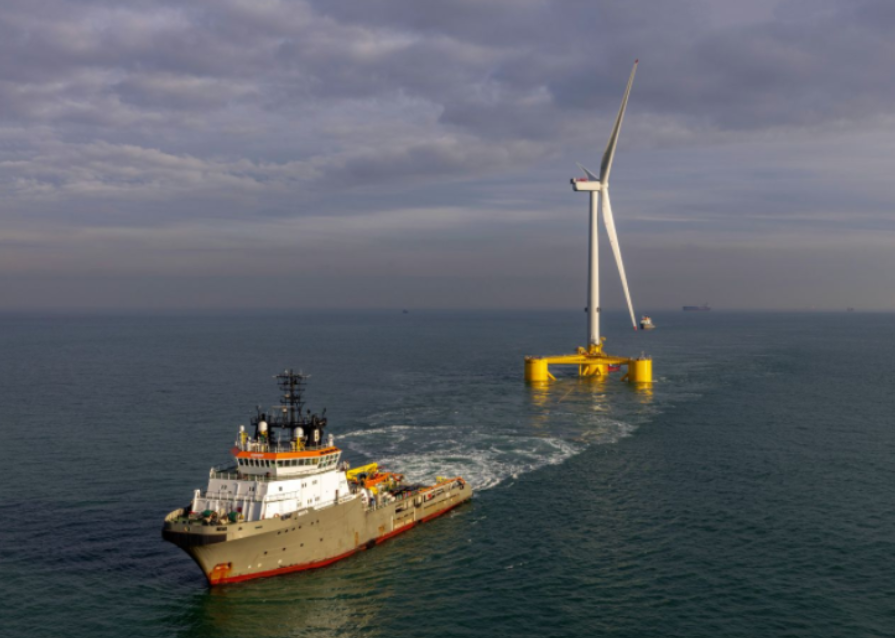