For Cobra Wind International Ltd, Boskalis will transport and install the MHI Vestas 9.525 MW floating wind turbines at the site fifteen kilometers off the coast of Aberdeen. This will be Boskalis’ first floating wind farm project.

The turbines will be anchored at a depth of sixty to eighty meters. In September 2020, the heavy anchor handling tug (AHT) BOKA Falcon will start installing the anchors and chains on the seabed.

In the meantime, the floating foundations will be transported from Ferrol in Spain to Rotterdam, for which Boskalis will deploy the Fjord as a semi-submersible barge.

In addition to the BOKA Falcon and Fjord, three Boskalis AHTs will be deployed on this project.

Once fully built, the 50 MW Kincardine will comprise six turbines, one 2 MW unit which was commissioned back in October 2018, and the five 9.525 MW turbines, all supplied by MHI Vestas and installed on semi-submersible floating structures designed by Principle Power.

The wind farm is scheduled to be commissioned by the end of 2020 when it will become the largest operating floating wind farm in the world. 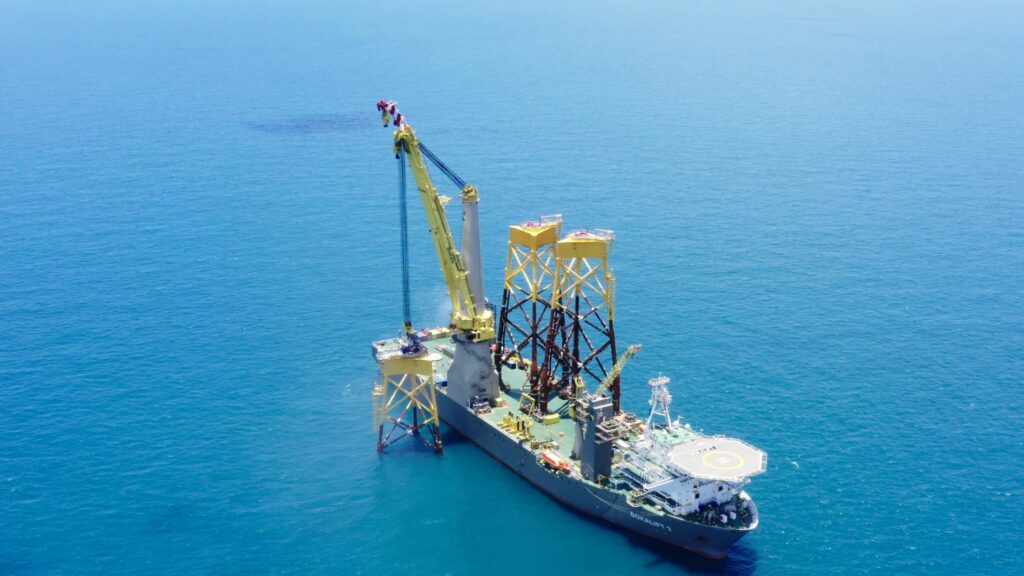